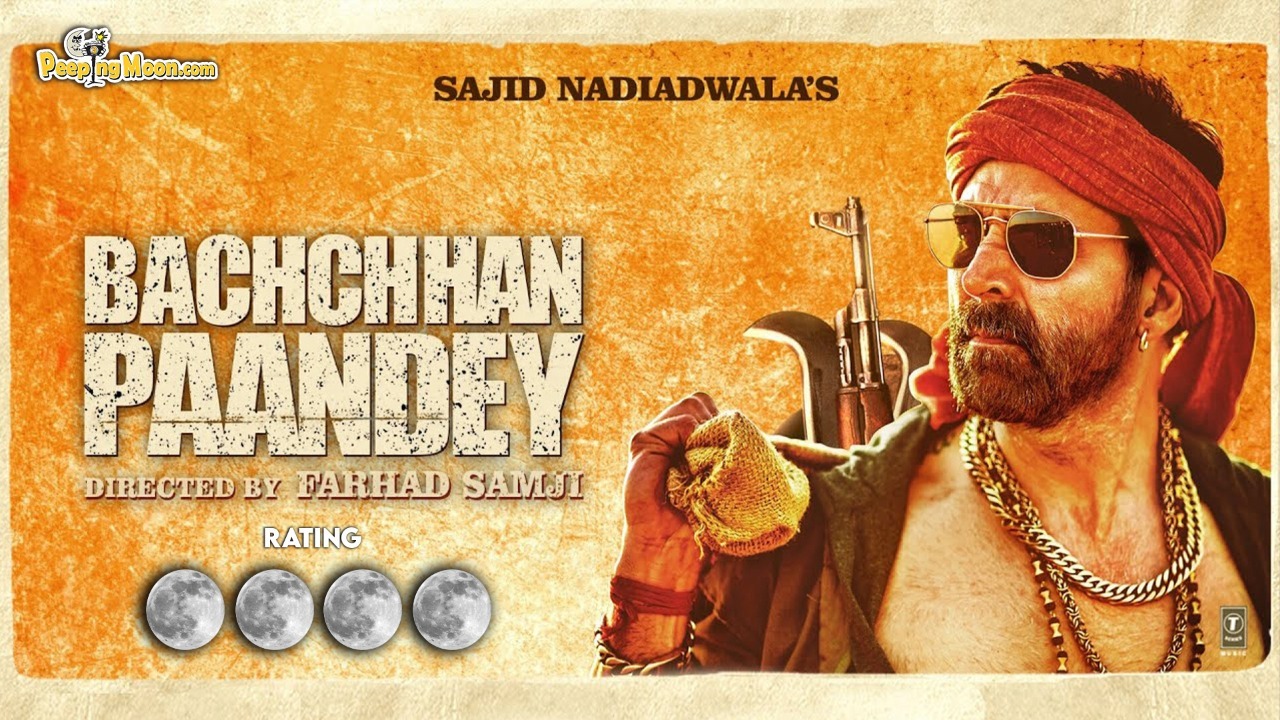 Bachchan Paandey is based on the events that occur in Bachchan’s life, from his unlawful jobs to his love life. In order to gain respect from residents of Baghwa, he resorts to gunfire and brutal murders. However, this image is challenged when Myra Devekar (Kriti Sanon), a struggling filmmaker from Mumbai, travels to Baghwa to make a biopic (“Toothpick?” he asks) on him. 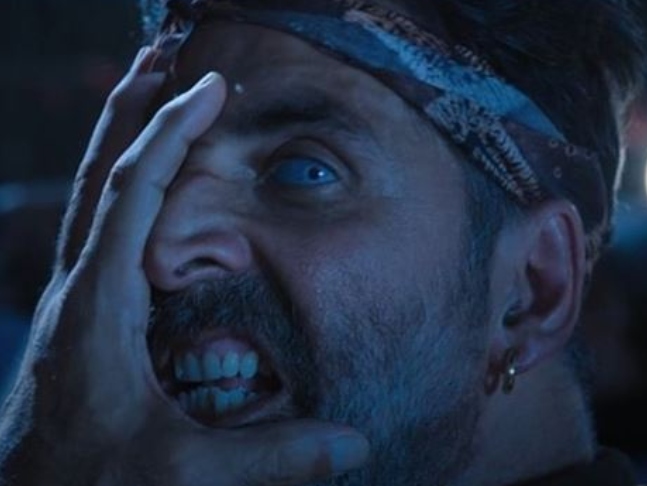 On reaching Baghwa, Myra meets her friend Vishu Mhatre (Arshad Warsi), a struggling actor. Myra and Vishu have one thing in common – a desire to make their respective fathers proud. When she discloses her intention of making a film on Bachchan, Vishu asks her to step back. Determined to prove her worth, Myra takes the route less travelled. Well, when Bachchan and Myra meet, fireworks fly.

As Myra explores the life of her subject, several secrets are unearthed. The story takes a hilarious turn when Bachchan decides to act in his own biopic titled B.P. Will he be able to pull it off? Will Myra deliver her first film successfully? What if Bachchan dislikes her film? These questions will be answered in 148 minutes of Bachchhan Paandey.

The strongest link of Bachchhan Paandey is the humour and the hilarious one-liners written by Farhad Samji. The comic timing of the actors is brilliant, especially Akshay, Pankaj and Saharsh Kumar Shukla. In order to make it massy and thoroughly enjoyable, the director sketches out scenes you’ll least expect to find in an action-packed film. Just like Bachchan’s swift and frequent golis from his gun, Farhad’s fun dialogues pop out of nowhere to leave you in splits. Despite humour and action, Bachchhan Paandey has a strong emotional core that sets the base right for the narrative. Farhad, as director and writer, does a fantastic job at maintaining the right balance between action, comedy and emotions. While the first half is bent more towards the action side, wait for the hilarious and exciting post-interval narrative.

Akshay, as ‘Godfather’ Bachchhan Paandey makes the role seem tailor-made for him as the makers honour his action skills as well as comic timing. His transition from a gangster to an actor is perfect and one can certainly connect with the character’s graph and emotions. The actor’s romantic angle with Jacqueline Fernandez and Kriti Sanon is beautifully executed. Once again, the superstar treats his fans to an out-and-out entertainer that’s loaded with the ‘Akshay Kumar’ flavour. Kriti as Myra looks stunning and carries the film with Akshay. She is a treat to watch. Giving Myra her own essence and flavour, Kriti shines throughout. Despite being a fearless filmmaker, Myra has her own vulnerabilities and Kriti depicts them effortlessly. Arshad Warsi as Vishu is hilarious. We wish he had a longer role. Pankaj as Akshay’s acting guru accounts for some of the funniest dialogues and sequences.

Saharsh Kumar Shukla gets one of the best roles as Kandi, one of Bachchan’s henchmen. Abhimanyu Singh shines in an underexplored role. Prateik Babbar is wasted. Jacqueline Fernandez gives a decent performance as Sophie, Bachchan’s girlfriend.

Bachchhan Paandey is a massy entertainer that has to be watched only in theatres. This Holi, sit down with Bachchan and Myra and thandais as they fire colourful golis of entertainment.