Rocketry: The Nambi Effect Review: R Madhavan is a one-man army in a compelling biopic of Dr Nambi Narayanan R Madhavan, after completing 26 years in showbiz, turns director with Rocketry: The Nambi Effect. Based on Dr Nambi Narayanan, an Indian aerospace engineer who worked for the Indian Space Research Organisation, the film focuses on the roller coaster ride he went on after being falsely accused of espionage.

Rocketry, a 2 hours 37 minutes film, takes us straight to Nambi's residence in Trivandrum with Sri Venkatesa Suprabatham playing in the background giving a glimpse into the aerospace engineer's life. By now, the passionate Nambi has grown old. During his visit to a temple, he is attacked by some government officials. His family members including his wife Meena (Simran), daughter, son and son-in-law are humiliated in society.

All of this is because Nambi is accused of molesting a young girl and disclosing secret information to the neighbouring country. What follows is Nambi's journey from a young intelligent science student to becoming the man behind developing the Vikas engine that would be used for the first PSLV that India launched and then being honoured with Padma Bhushan.

The story of Rocketry is as simple as mentioned above. The life of a falsely accused scientist is the core of the film and Madhavan does justice to it. He serves what was expected- a biopic of a flawed but credible scientist who had the potential of taking India to newer heights. What is applaudable is Madhavan, as the actor, director and screenplay writer, doesn't miss out on providing the much-needed drama.

Coming to Madhavan as the actor first, he immortalises Dr Narayanan on the silver screen with his near-perfect portrayal of the aerospace engineer. While there is a lot being spoken about and admired about his physical transformation for the said character, there are a lot more reasons to appreciate the actor. Imbibing Dr Narayanan's self-esteem, determination and willpower in himself, Madhavan, not even for a second makes us believe that he is an actor and not an aerospace engineer. While one always drooled over Madhavan's charismatic smile in romantic films (how brilliant was he in all of them!), he will surely take his audience by surprise as Nambi.

Proving to be a one-man army, Madhavan has taken up the directorial duties on the film too. Since Rocketry is his brainchild, Madhavan gives his best in every department. Biopics tend to become tedious after a point, especially when they are free of songs and romantic angles, but the director has managed to strike the right balance between entertainment and information. Having said that, Rocketry can put some people off the radar only because of the extensive jargon usage. The dialogues do get a little heavy due to it. The dramatic highs and lows are good but not all were equally effective.

Actress Simran as Nambi's wife Meena delivers a fine performance too. Despite a limited screen presence, she shines and excels in the second half. Rocketry, though headlined by Madhavan, is an ensemble cast film with good performances from every supporting character. 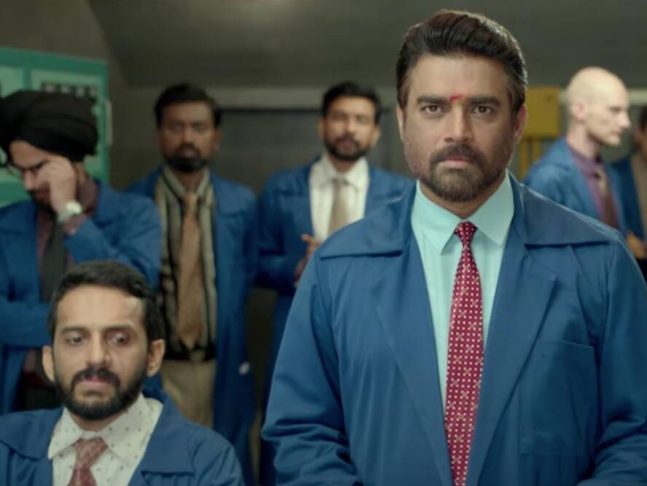 Biopics often tend to polish off the rough edges of the subjects' lives and that's what was feared with Rocketry too. Yes, the film does speak of Dr Narayanan's positives but the best thing is the younger generation will get to know more about this brilliant man from India who possessed the potential of changing India's history.

A special mention to the VFX team of Rocketry for doing a commendable job. The cinematography is on-point. While one-man army Madhavan's work is enjoyable, the long runtime did pinch a little in the second half. The real treat comes when the film is about to end. No, it is not Shah Rukh Khan. For all SRKians, you are definitely going to enjoy watching him on the big screen for the first time since 2018 in a role which is longer and more pivotal than just a 'cameo'.