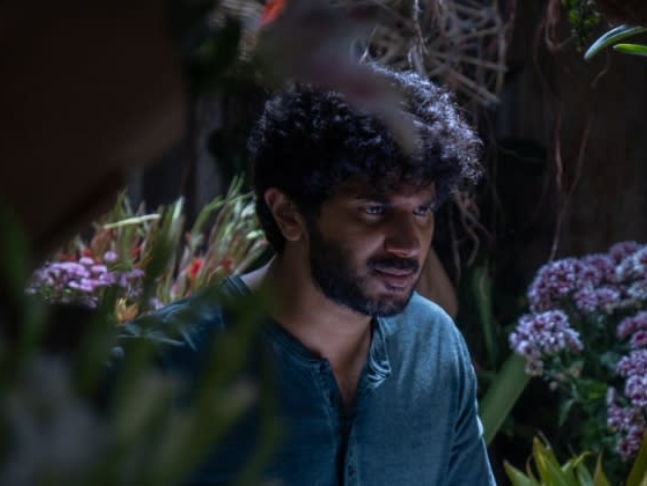 Chupppppppppp!!- This is what Sunny Deol, Dulquer Salmaan, Shreya Dhanwanthary and Pooja Bhatt's film, Chup: Revenge Of The Artist says to those who believed Bollywood can no longer make content-driven and entertaining films. Before I start discussing this R Balki film, please consider this as a disclaimer- Brace yourselves for the shocks, chills and unprecedented moments that are packed in these phenomenal 135 minutes.

The story of Chup is simple, or rather not as simple as you believe initially. With the melodious Jane Kya Tune Kahi from Pyaasa playing in the background at regular intervals, the film runs on two parallel tracks. On one side of the track is Arvind Mathur (Sunny Deol), who heads the crime branch in Mumbai. He is tasked with the duty to hunt down a serial psychopath killer on a spree to murder film critics who give unfair and biased ratings to 'filmmakers' babies'.

The second and the strongest track belongs to Danny (Dulquer Salmaan), a florist selling exotic flowers and Nila Menon (Shreya Dhanwanthary), an entertainment reporter and aspiring journalist who is passionate about cinema. Danny and Nila's awkward first encounter leads to their budding friendship and then love blossoms gradually. Just like those beautiful Tulips or maybe Kaagaz Ke Phool.

Chup orbits around how these two parallel tracks meet each other and offer a spectacular blend of spine-chilling moments, dark humour, endless clap-worthy moments and unforgettable images that will live rent-free in our minds forever. Being a cinema lover before a critic, Chup hits the right notes in the most unexpected way. It will effortlessly make you introspect the vision of a filmmaker and understand a film better, but only if cinema is your passion.

R Balki pays one of the finest tributes to Guru Dutt or Vasanth Kumar Shivashankar Padukone. With enough references from his last directorial, Kaagaz Ke Phool, Chup honours him like never before. A special mention for using popular Guru Dutt songs to create the desired atmosphere- eerie, romantic and frightening too.

Speaking of the performances, the show belonged to Dulquer Salmaan. In one breath, he will charm you with his infectious smile and in the very next, he will send shivers down the spine. His character required a certain degree of intensity and vulnerability with softness at the same time. He manages to balance them all effortlessly.

How can one not like Shreya Dhanwanthary? One smile and she can be accused of injuring millions of hearts. After DQ, it is Shreya who makes her presence felt as Nila. Hands down, Shreya has the most relatable character.

Sunny Deol excels as Arvind Mathur and his performance is as strong as his dhai kilo ka haath. Lending a super strong shoulder to Chup, he will draw all the seetis and taalis. Pooja Bhatt, among the lot, feels wasted. An actress with immense potential, there was enough room for giving her additional screen time. But, whatever she gets, she shines.

One of the greatest strengths of Chup is its tight screenplay. Though the main suspense is revealed in the pre-climax sequence, thanks to the tight writing and screenplay, you feel it is happening right in front of you and keeps you engrossed throughout the second half too.

Dialogues co-written by R Balki, Raja Sen and Rishi Virmani are simply brilliant. In the first 15 minutes, a character says, "India mein Scorsese nahi, Shetty chalna hai." Hilarious yet apt, isn't it? That's the level of dialogues you will get in Chup.

In a nutshell, Chup is a masterpiece. Yes, it shouldn't be missed at any cost. There are barely a few films where flaws cannot be found and Chup is one of them. While we are going for 4 Moons, it would be great to hear your comments too. But please, don't send serial killers behind us in any case!