Bollywood has seen several crime-thrillers but not every film of this genre becomes an edge-of-the-seat watch. Thanks to director Kookie Gulati for bringing in an intriguing story with his latest offering Dhokha: Round D Corner. Starring R Madhavan, Khushalii Kumar, Aparshakti Khurana & Darshan Kumaar, the film is based on Madhavan and Khushalii's troublesome married life and how it is turned upside down when a terrorist (Aparshakti) breaks into their home. When a delusional housewife with a personality disorder is taken hostage by a terrorist on the loose and a husband accused of cheating on his wife have their own versions of reality, how do we know who's telling the truth? Dhokha Round D Corner is a tale of lies and harsh truths.

The 2 hours 2-minute-long film begins with Sanchi Sinha (Khushalii Kumar) asking her husband Yathaarth Sinha (R Madhavan) to sign their divorce papers. An angry Yathaarth leaves for his office after having a heated conversation with Sanchi. Cut to a terrorist named Haq Gul (Aparshakti Khurana) enters their house and takes Sanchi hostage. Sanchi does everything in her power to convince Haq that she likes him and that they should run away together. Yathaarth and ACP Mallik (Darshan Kumaar), on the other hand, try to get Sanchi out of the terrifying situation safely but not without having a massive fight with each other first. Whether or not Sanchi is saved, what happens to Madhavan and ACP Mallik's efforts and what destiny holds for Haq is what makes the story gripping and intriguing. 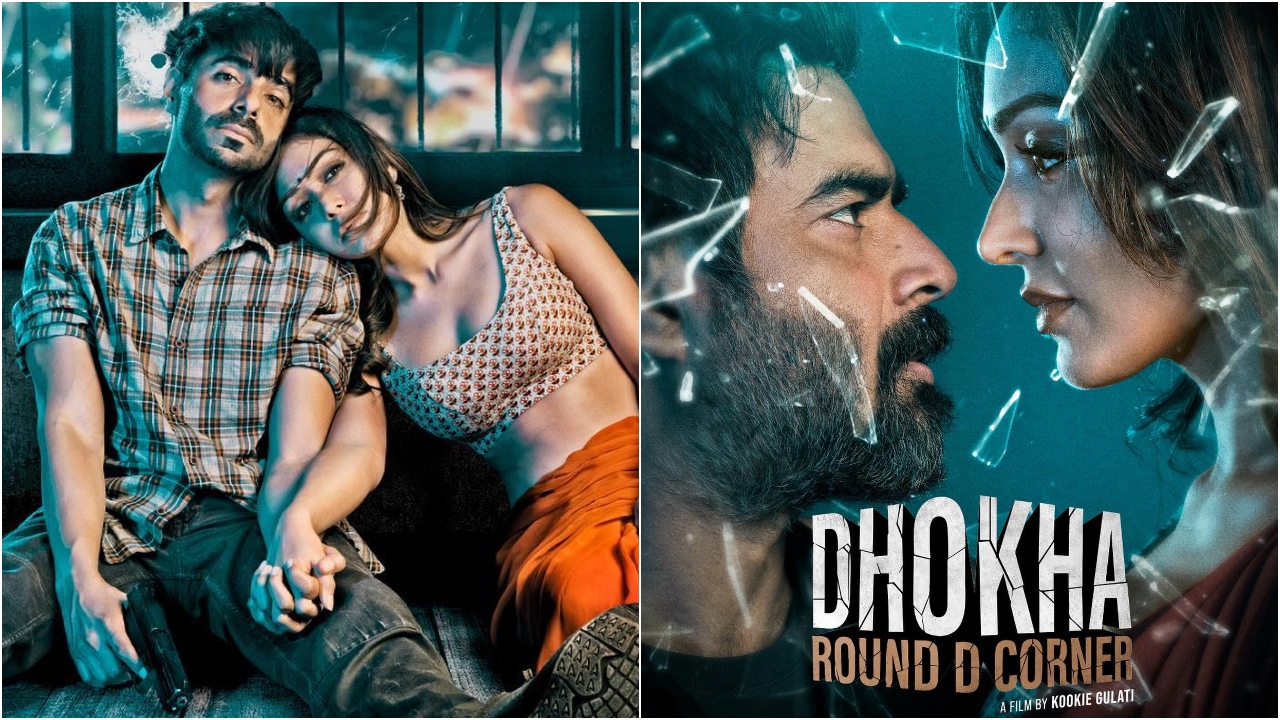 Since the film is extremely suspenseful, without giving away any spoilers, all we can say is that Dhokha: Round D Corner is that kind of a thriller that the audience was looking forward to watching. The film has a riveting plot with powerhouse performances from Aparshakti, Darshan, Khushali & R Madhvan. Get ready to be shocked, surprised and stunned, all at the same time. The only thing lacking in the film is the treatment, it does become dull at times.

The performances in Dhokha: Round D Corner, however, are A1. R Madhavan is an actor par excellence and there are no two ways about it. He keeps the story interesting at all times with his character. Khushalii is the true surprise package in the film. Despite this being her first film, the young actress proves her acting skills and sustains in front of a talented cast. Her expressions are apt and she adds the much-needed sensuousness to her character. Aparshakti hits it out of the park as a gruesome terrorist in this one. By the end of the film, you wouldn't know if you hate him or sympathize with him. Darshan as an ACP adds good layers to the film. His performance is as good.

Hats off to director Kookie Gulati for a flawless direction. Neeraj Singh's dialogues add on to the powerful script. Amit Roy's cinematography is incredible. The film was shot in just 32 days amid the pandemic in a studio. Dharmendra Sharma keeps the film crisp with his editing. Amar Mohile's music sets the tone right for Dhokha: Round D Corner.

Watch Dhokha: Round D Corner for all those thrills & chills!