Filmmaker S.S. Rajamouli on Tuesday began filming the second schedule of his upcoming magnum opus RRR in Bulgaria, its makers said in a statement. In the Bulgaria schedule, which will last for close to a month, major scenes involving Jr. NTR will be filmed.

Rajamouli had said that RRR will be a fictional story set in 1920s pre-independent era and it will be based on few years in the lives of two real heroes and well-known revolutionaries -- Alluri Sitarama Raju and Komaram Bheem. "This will be a fictional story on the lives of Alluri Sitarama Raju and Komaram Bheem. There are gaps in the lives of these legendary freedom fighters that we don't know about. We don't know what happened in their lives in these years. It is through this fictional story we'd like to show what could have happened in their lives and what would have happened if they met and bonded," Rajamouli told reporters at the film's launch ceremony. While Jr. NTR will be seen as Komaram Bheem, Ram Charan will be playing Alluri Sitharama Raju. The film also stars Ajay Devgn, Alia Bhatt and Samuthirakani in crucial roles. 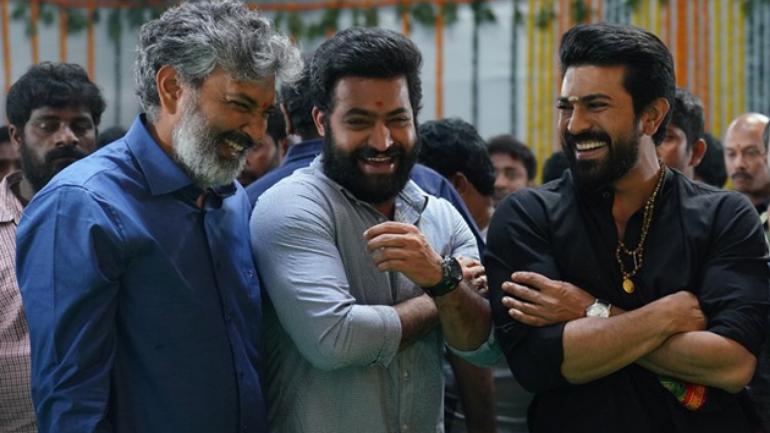 Recommended Read: Kartik Aaryan’s ‘Bhool Bhulaiyaa 2’ to battle it out at the box office with Ranbir Kapoor’s ‘Shamshera’ and Ram Charan’s and Jr NTR’s ‘RRR’

RRR will release worldwide on July 30, 2020 in 10 Indian languages. Presented by D. Parvathy, the film is going to be produced under the DVV Entertainments banner by DVV Danayya, who has already confirmed that the film is being made on a budget of Rs 300 crore.