Ajay Devgn is prepping up to collaborate with director SS Rajamouli in his next magnum opus RRR: Rise Revolt Roar. The film was earlier scheduled to hit the screens on January 8, 2021, but due to the Coronavirus pandemic, shooting has been stalled and it is said that the makers are looking for summer 2021 release date. Actors had already begun shooting for the film. Along with Ram Charan and Jr NTR, Ajay had also shot a part of his role for the film. While fans' excitement about the film knows no bound, Ajay and Alia Bhatt's characters were kept under wraps. However, according to recent reports, the Tanhaji superstar is all set to play a freedom fighter in the film.

According to the latest report in a leading daily, Ajay is set to play a nationalist and a guru to Jr NTR and Ram Charan who will be essaying the roles of Indian freedom fighters Komaram Bheem and Alluri Sitarama Raju A source revealed, "Ajay has shot for around 10 days at Ramoji Film City in Hyderabad, where Delhi from the 1900s was recreated. He appears in the flashback scenes."

While Ajay's role is not a full-fledged one, the actor was excited about it and said yes within a few minutes of the narration. The source also revealed that there were a few actors in the running for the role, but the actor turned out to be the unanimous choice. "Though it is an extended cameo, his track will remind one of his National Award-winning performance in The Legend of Bhagat Singh and sets the tone for the drama involving the two leads," the source added. 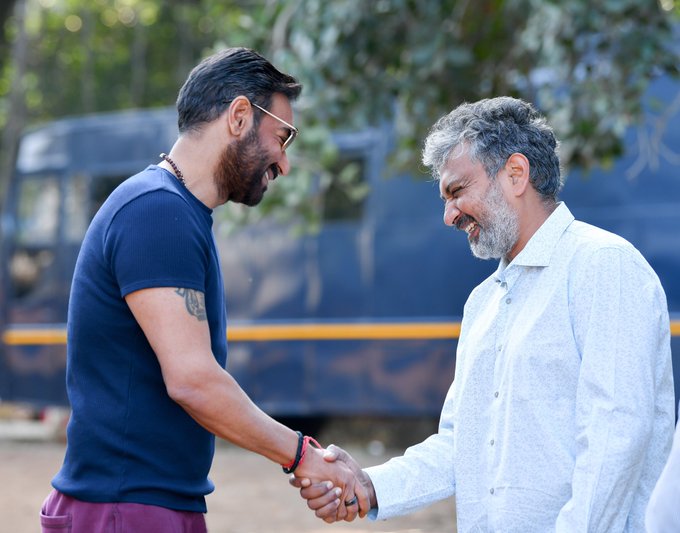 RRR also stars Alia Bhatt who was preparing to begin for the shoot of the film before the lockdown was announced. She was supposed to begin the shoot in April while Ajay had already shot a few scenes. In the film, she will be seen playing the role of Sita who has a significant part in the ideological fight between Ram Charan and Jr NTR. The source said, "Alia has been prepping all this while, even learning Telugu with a local tutor to understand the nuances of her character better."

SS Rajamouli's RRR: Rise Revolt Roar is a period drama and Ram Charan and Jr NTR will be seen stepping into the shoes of real-life freedom fighters Komaram Bheem and Alluri Sitarama Raju.