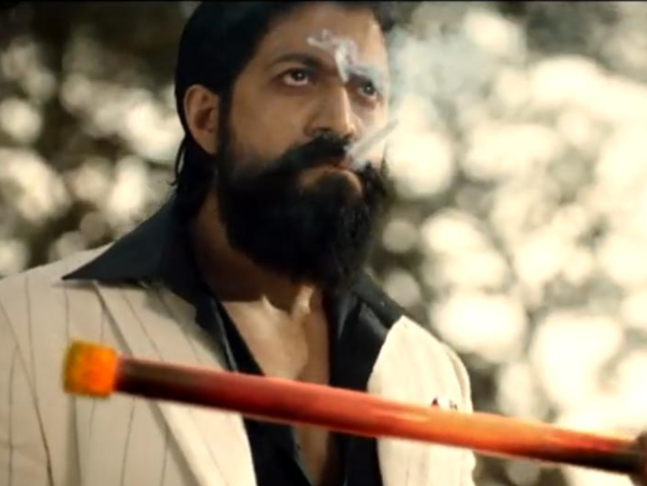 Yash’s, Sanjay Dutt’s and Raveena Tandon’s KGF: Chapter 2 is one of the most awaited films of 2021. Before the launch of the teaser on Yash’s birthday on January 8, a small snippet with the teaser’s first visual was shared today and we must say it is smoking hot! A full teaser will be shared tomorrow.

The teaser gives us a glimpse of Sanjay, Raveena and Yash. Sanjay is shown as a powerful fighter with a sword while Raveena seems to be a politician seen in the corridors of Assembly while Yash is the new-age angry young man wielding a high-powered gun and unleashing hell on police cars.

A promise was once made, that promise will be kept!https://t.co/3xoDtHZ0be

KGF: Chapter 2 is directed by Prashanth Neel and is produced by Vijay Kiragandur and brought by Ritesh Sidhwani’s and Farhan Akhtar's Excel Entertainment, Hombale Films and AA films.

Watch the first visuals of the teaser below: