Advertisement
HomeSouthKarnataka health department issues a showcause notice to Yash and makers of KGF: Chapter 2 for smoking scene in teaser

Karnataka health department issues a showcause notice to Yash and makers of KGF: Chapter 2 for smoking scene in teaser 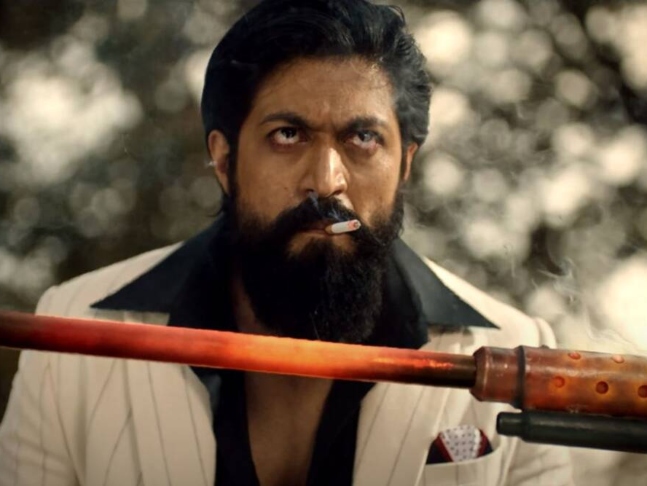 Even as the crew members of K.G.F: Chapter 2, an upcoming Kannada period action film written and directed by Prashanth Neel, are basking in the glory of its teaser receiving over 132 million views on YouTube since its release on January 7, the Karnataka health department has issued a showcause notice to Yash, the lead actor of the film, who plays protagonist Rocky Bhai in the movie. The teaser has a scene where Yash blows up a row of automobiles with a machine gun and goes on to light a cigarette with the barrel of the red-hot gun.

According to the notice, as per the statutory requirement, it is mandatory to display a warning on the screen with the caption "Smoking is injurious to health", but neither the teaser nor the publicity posters display any such message. "Both the teaser and the posters encourage cigarette smoking," the notice stated and appealed Yash to take steps to remove this teaser from social media platforms. "Yash, you are a heart-throb and you have immense fan following. Your actions should not mislead the youngsters. We want you to join our campaign against cigarette smoking," the notice said.

Meanwhile, the scene in question has gone viral on social media and fans of Yash are sharing screenshots of the scene. Soon after the teaser was out on various online platforms, the Karnataka State Anti-Tobacco Cell had taken exception to the visuals showing Yash lighting a cigarette. In its letter to the health department, the cell had contended that the visuals depicting the actor smoking a cigarette violated Section 5 of the Cigarettes and Other Tobacco Products (Prohibition of Advertisement and Regulation of Trade and Commerce, Production, Supply and Distribution) 2003, also referred to as COTPA 2003, and sought deletion of the teaser from online platforms.

"The actor has a large number of fans, particularly among the youth. If he smokes (on screen), people will emulate him. So, we are asking them to remove the teaser from the online platforms and also the posters of the movie," the letter had stated. A letter objecting the visuals in the teaser has been despatched to director Prashant Neel, Yash, producer Vijay Kiragandur, and the Karnataka Film Chamber of Commerce. The cell, however, is not going to ask the filmmakers to take away the scene from the film.

The film will release in Hindi, Tamil, Telugu, Kannada and Malayalam. "K.G.F. Chapter 1", which was released in 2018, had won two National Awards in 2019 for Best Action and Best Special Effects.