Advertisement
HomeSouthIt started off with our names as working title, but got so famous that it stuck: Jr.NTR reveals 'RRR' title to be an abbreviation of SS Rajamouli’s, Ram Charan’s and his names!

The entertainment industry has hit the pause button once again as the country grapples with the second-wave of coronavirus. Amid the pandemic several films have hit a roadblock since the shooting have stopped, and one of the foremost films is SS Rajamouli’s RRR. The mega-budget multilingual film revolves around two legendary Indian revolutionaries and their journeys to fight for their country. The film stars Jr.NTR and Ram Charan in the lead.

The leading man of the film, Jr.NTR, spoke about the film in detail in an interview with an international portal. He also revealed the reason behind the film’s quirky and intriguing titled. Shedding light on whether the film is pronounce ‘RRR’ or ‘Triple R’, Jr.NTR said, “It’s basically RRR, but you can call it Triple R.” 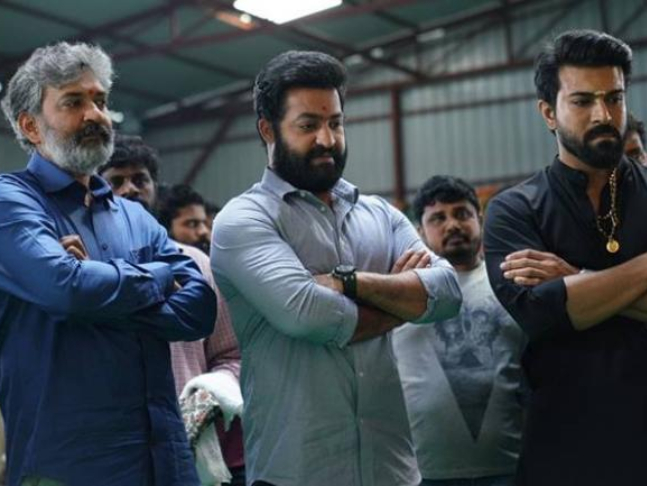 RECOMMENDED READ: Jr NTR tests positive for Coronavirus, urges everyone to stay safe as the actor and family go into isolation

He also revealed how the unique name of the film came into being and said, “It started off with our names (Rajamouli, Ram Charan, Rama Rao), a quirky way of us getting together and making the biggest multi-star film India has ever seen. It was just a working title, but it got so famous, at some point Rajamouli thought, ‘why not name it Triple R’? Then he came up with the abbreviation Rise, Roar, Revolt.”

The film has been in production since November 2018 and is slated to be one of the most anticipated films. RRR also stars Ajay Devgn, Alia Bhatt and Olivia Morris.

National Award-winning Kannada actor Sanchari Vijay passes away due to