Social media gained popularity because it was used to communicate, interact and entertain friends. Celebrities use it as a medium to bridge the gap between themselves and their fans. However, social media of late has become a toxic place where people can send inappropriate messages and pass lewd comments on women. Recently, South actress and singer Soundarya received an inappropriate message from a social media user and she decided to share screenshots on her Instagram stories.

Soundarya blocked the user after receiving the explicit message. But before that, she took a screenshot and called out the improper message. "And that's the way a professor talks to a woman. Damn shame! His profile says he is a professor in Madurai. I hope the girls in his college stay safe around him," Soundarya wrote. 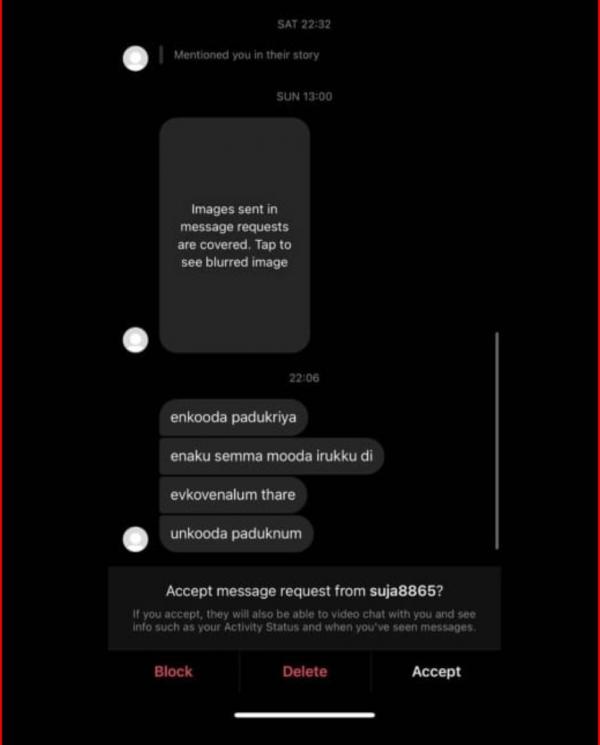 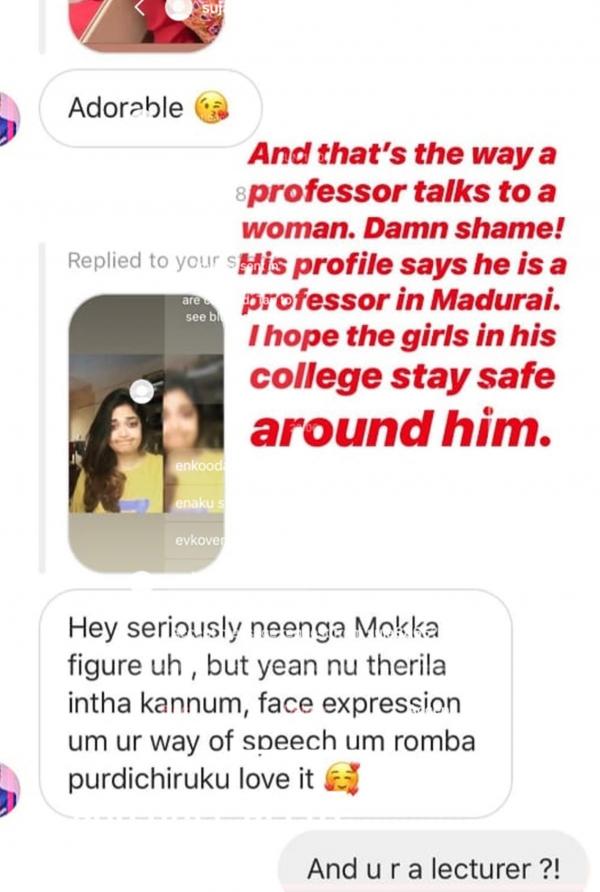 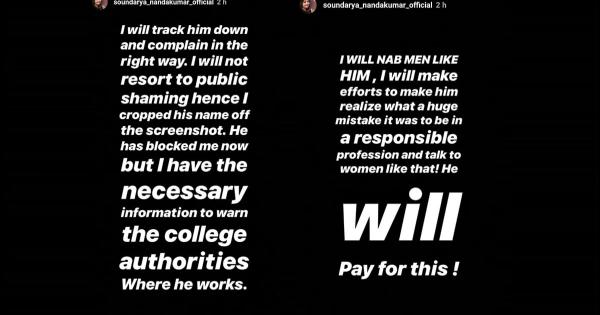 In another Instagram story, she wrote, "He has blocked me now but I have the necessary information to warn the college authorities where he works. I will make efforts to make him realize what a huge mistake it was to be in a responsible profession and talk to a woman like that! He will pay for this."

Soundarya gained popularity after participating in a singing competition titled Super Singer. She has also acted in films like Kabali (2016) and Master (2021).