Advertisement
HomeSouthNTR 31: Director Prashanth Neel announces his next directorial with Jr.NTR in the lead on actor’s 38th birthday

NTR 31: Director Prashanth Neel announces his next directorial with Jr.NTR in the lead on actor’s 38th birthday 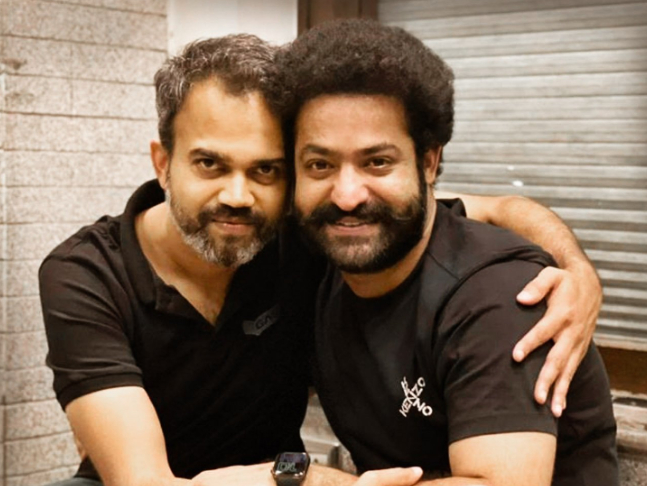 Jr.NTR turns a year older today, May 20 and fans and celebs have been showering him with love through their wishes. To celebrate the actor’s 38th birthday, filmmaker Prashanth Neel announced his next directorial with Jr.NTR, tentatively titled NTR 31.The actor’s 31st film marks his maiden collaboration with Prashanth, who is well known as the director of Yash’s KGF.

Taking to Twitter, the director tweeted, “''The only soil that is worth remembering is the one soaked in blood!! Can’t wait to make this one with the one and only force @tarak9999 #NTR31 it is!! Wishing you a safe birthday brother. Wishing for a successful collaboration @[email protected] #HappyBirthdayNTR.''

The only soil that is worth remembering is the one soaked in blood!!
Cant wait to make this one with the one and only force @tarak9999#NTR31 it is!!
Wishing you a safe birthday brother
Wishing for a successful collaboration @MythriOfficial @NTRArtsOfficial.#HappyBirthdayNTR pic.twitter.com/jtfYbZ1LCE

The film is billed to be a high-octane action flick produced by Mythri Movie Makers and Nandamuri Kalyan Ram’s NTR Arts. The other cast and crew of NTR 31 will be announced soon and the film is expected to go on floors as soon as things go back to normal.

Meanwhile, Jr.NTR’s look from his highly-anticipated film RRR was unveiled today. The actor plays Komaram Bheem, a rebel with a heart of gold. Earlier, he had requested his fans not to assemble to celebrate his birthday amid pandemic.