From Kajal Aggarwal's Uma to Allu Arjun's Pushpa, several actors kickstarted the shoot of their films. Have a look at all the trending news from the South film industry today. 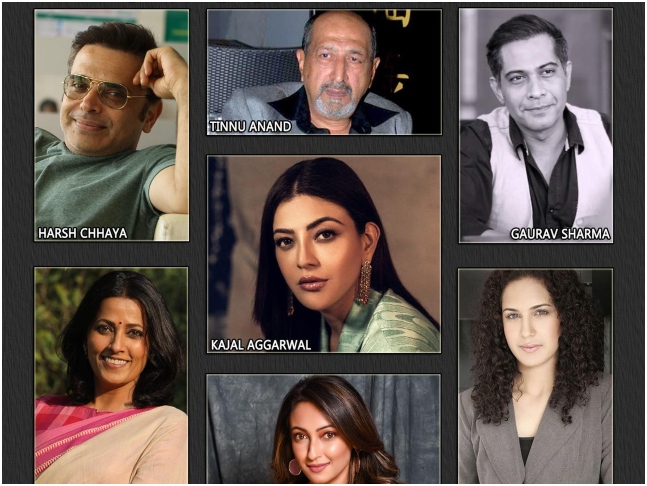 The shooting of the Allu Arjun-starrer Pushpa resumes in full swing. One of India's highly awaited mega pan-India films, Pushpa, headlined by Icon Staar Allu Arjun has resumed its shooting in full swing. Produced by Naveen Yerneni and Y. Ravi Shankar of Mythri Movie Makers, Pushpa is back on floors and shall run into a 30-day long schedule in Hyderabad.

Pushpa revolves around the red sanders heist in the hills of Andhra Pradesh. With this film, the audience shall see Allu Arjun and Rashmika Mandanna, sharing the screen space for the first time. Pushpa will be releasing in two parts. Mohanlal has reunited with Drishyam director Jeethu Joseph for a new project, 12th Man. Taking to social media, the superstar announced the film but didn’t divulge too many details about the mystery thriller. Posting the first look of the film, Mohanlal wrote, “Happy to announce my upcoming movie ’12th MAN’ with #JeethuJoseph, produced by @antonypbvr under the banner @aashirvadcine.” In the poster, the actor is seen standing in front of a huge mansion amid a field. The image has an eerie mysterious feel to it, which is well suited for the thrilling drama.

BHAVYA OPENS UP ABOUT BREAK UP WITH MEHREEN

Tollywood actress Mehreen Kaur called off her engagement with Bhavya Bishnoi. The couple mutually decided not to go ahead with the wedding. Mehreen stated that it was a decision that has been taken amicably and in the best interest. In his statement, Bhavya mentioned, “I wish nothing but love, happiness, and fulfilment to Mehreen and her family. I will always hold her family and friends in the highest regard, and cherish our happy and blessed experiences.”