Advertisement
HomeSouthAllu Arjun's pan-India film 'Pushpa: The Rise' part 1 all set to have a Christmas 2021 release!

After receiving immense love for the glimpse of the first single of Pushpa titled Jaago Jango Bakre, the makers have another huge announcement for us. The first part of the highly anticipated movie of Allu Arjun titled Pushpa: The Rise will have a Christmas 2021 release. The second part is expected to hit the screens in the year 2022.

The excitement for the movie grows with time as it features Allu Arjun, Rashmika Mandanna and Fahadh Faasil. The first look of the film created an uproar among the fans of the actors. The pan-India movie marks Allu's reunion with director Sukumar and music maestro Devi Sri Prasad.  The first look and glimpse of the first song have already made fans super excited about the movie. 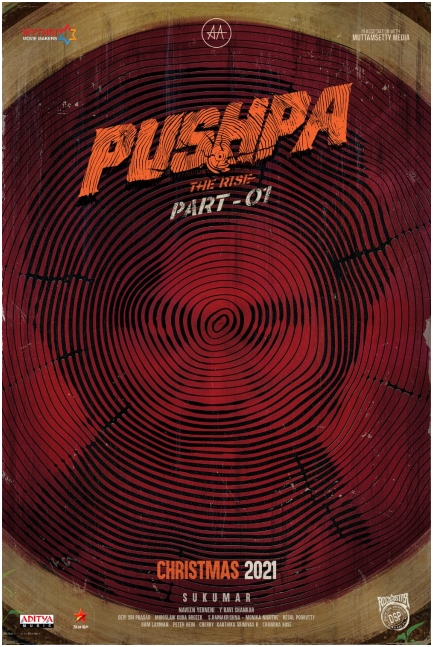 Producers Naveen Yerneni and Y. Ravi Shankar of Mythri Movie Makers jointly said, “Pushpa is an action-packed story that has moments that tug at the heart and filming it has been a joyride. The film has already created a lot of buzz among the audiences and we are thrilled to announce that the first part will get a Christmas release this year. We can't wait for the fans to watch it and shower their never ending love to the entire team of Pushpa. We have decided to release the second installation of the movie to release in the year 2022.”

With this film, the audience shall see Allu Arjun and Rashmika Mandanna, sharing the screen space for the first time. The first part of the pan-India film is slated to release on Christmas 2021 and the second part will be released in 2022.