Tollywood actor Sai Dharam Tej was driving the bike at around 75 km per hour, much beyond the permissible speed of 30-40 kmph on the road at the time of accident, said police. Sai Tej was injured when he fell off the bike on the road (Durgam cheruvu bridge to IKEA road) near Novartis company in Madhapur area at around 8 p.m. on Friday night. The actor, nephew of megastar Chiranjeevi, sustained multiple injuries and was admitted to a hospital, where his condition is stated to be stable. While wishing for the speedy recovery and well-being of Sai Tej, Cyberabad police said the unfortunate incident would not have happened had he exercised caution and drove the vehicle within the permissible speed limits and had strapped his helmet properly.

"Based on the analysis of the evidence at the scene of the incident and along the route, it is found out that the bike was driven at a speed beyond the permissible speed on the road which is 30 kmph to 40 kmph. On the calculation of the average speed based on the CCTV footage, it has been found out that the bike was driven at an average speed of around 75 kmph near the accident spot," a police official said. As he was driving the vehicle in a rash and negligent manner, a case under sections 336 and 279 of the Indian Penal Code (IPC) and section 184 of the Motor Vehicles Act was registered against him at the Raidurgam police station of Cyberabad police commissionerate. 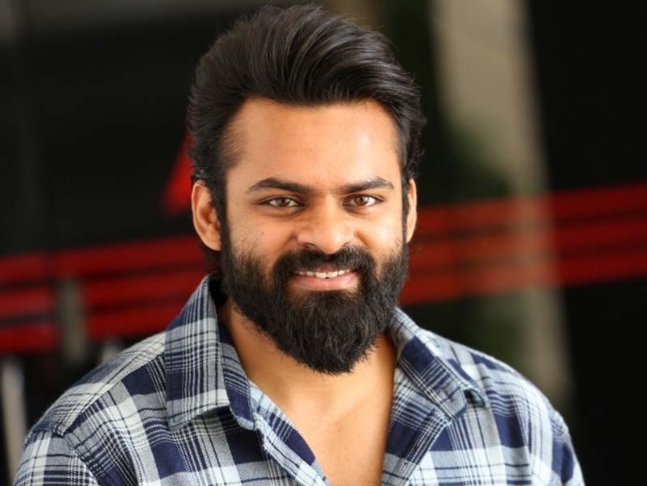 Recommended Read: Chiranjeevi gives health update of nephew Sai Dharam Tej after he meets with a bike accident, says 'he will be back in a couple of days'

The police also found that Sai Tej was driving the bike at an average speed of beyond 100 kmph on the Durgam Cheruvu Bridge (Cable Bridge). After scanning CCTV footage, the police said the biker was overtaking other vehicles recklessly. Sai Tej is said to have purchased the pre-owned bike Triumph (Registration No. TS07GJ1258) from one Bura Anil Kumar, resident of LB Nagar but had not got it registered on his name till now.

Previously, an e-challan for a penalty of Rs 1,135 was booked on this motorcycle on August 2, 2020, at Madhapur for overspeeding at 87 kmph on a road with a permissible maximum speed limit of 40 kmph. Interestingly, the challan was paid by some unknown person on Saturday. This is being verified as part of the investigation, said M. Venkateshwarlu, Deputy Commissioner of Police, Madhapur, Cyberabad.

The condition of the vehicle, the experience of the person to drive such vehicle on roads and the condition of the tyres are being verified as part of the investigation, he said. "It is found out that Mr Sai Dharma Tej has a valid driving license only to drive light motor vehicles (cars, etc.,). However, it is being enquired whether or not the injured actor possesses any valid Driving License to drive a motorcycle with gears on public roads."

Based on the available evidence till now, it is clear that the accident was mainly due to the overspeeding and reckless driving of the bike by the injured actor. The permissible maximum speed limits in the city are prescribed by the Greater Hyderabad Municipal Corporation (GHMC) engineers as per Section 112 of the Motor Vehicles Act based on the traffic situation, urbanisation, public safety, etc. The road from Durgam Cheruvu Bridge towards Gachibowli via IKEA is being maintained well as part of the CRMP and has appropriate markings and signboards installed as per the Indian Road Congress (IRC) standards, the police official said.

Amid rumours of separation from wife Samantha Akkineni, Naga Chaitanya