Advertisement
HomeSouthI am in tears...: Puneeth Rajkumar's wife Ashwini pens an emotional note in her first post after his untimely demise 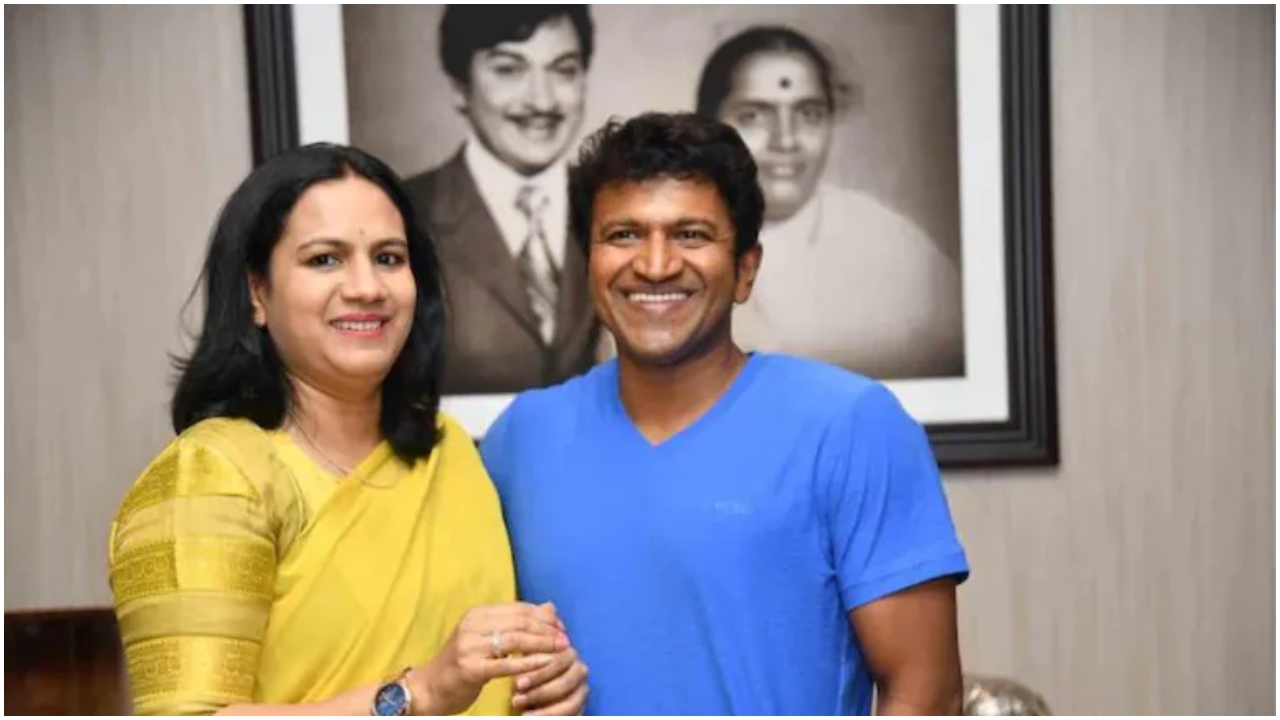 Kannada actor Puneeth Rajkumar, son of Kannada cinema legend Rajkumar, passed away at the age of 46 following a massive heart attack on October 29. Almost 20 days after the sad news, Puneeth's wife Ashwini has penned an emotional note remembering her husband. Ashwini has expressed 'heartfelt gratitude' to his fans.

In her first post after her husband's death, Ashwini wrote, "The untimely death of Sri Puneeth Rajkumar has been shocking not only to the family but also to the entire state of Karnataka. It is hard to imagine the extent of pain this loss would have brought on you - the fans who made him the 'Power Star'. Despite the pain that you have gone through, you have not lost your calm and not let any unpleasant incidents occur, ensuring a respectful farewell to Puneeth Rajkumar."

She added, “It is with a heavy heart that I acknowledge the condolences from millions; not only cinephiles but people of all ages from India and abroad alike. I am in tears when I see thousands of you follow your dear Appu's path and register for eye donation. He will live on in these good deeds that you do by keeping him as an ideal and also in the zeal that his memory inspires in you. On behalf of our entire family, heartfelt gratitude to all the fans and every individual for your love and support.”

Puneeth was born on March 17, 1975 and was fondly known as 'Appu'. He was also a singer, television presenter and producer. He acted in more than 29 films and has also appeared in many films as a child artiste. He won the National Film Award for Best Child Artiste for his role in 'Bettada Hoovu'. He made his debut in the Kannada film industry with the movie 'Appu' in 2002.

Thunivu new poster: Ajith sports white hair and beard in first look, seems to be in a pensive yet calculative mood

GodFather song Thaar Maar Thakkar Maar: Salman Khan and Chiranjeevi light up the dance floor with their swag and style

Prabhas and Amitabh Bachchan to pump up the adrenaline in an intense action sequence for Project K?