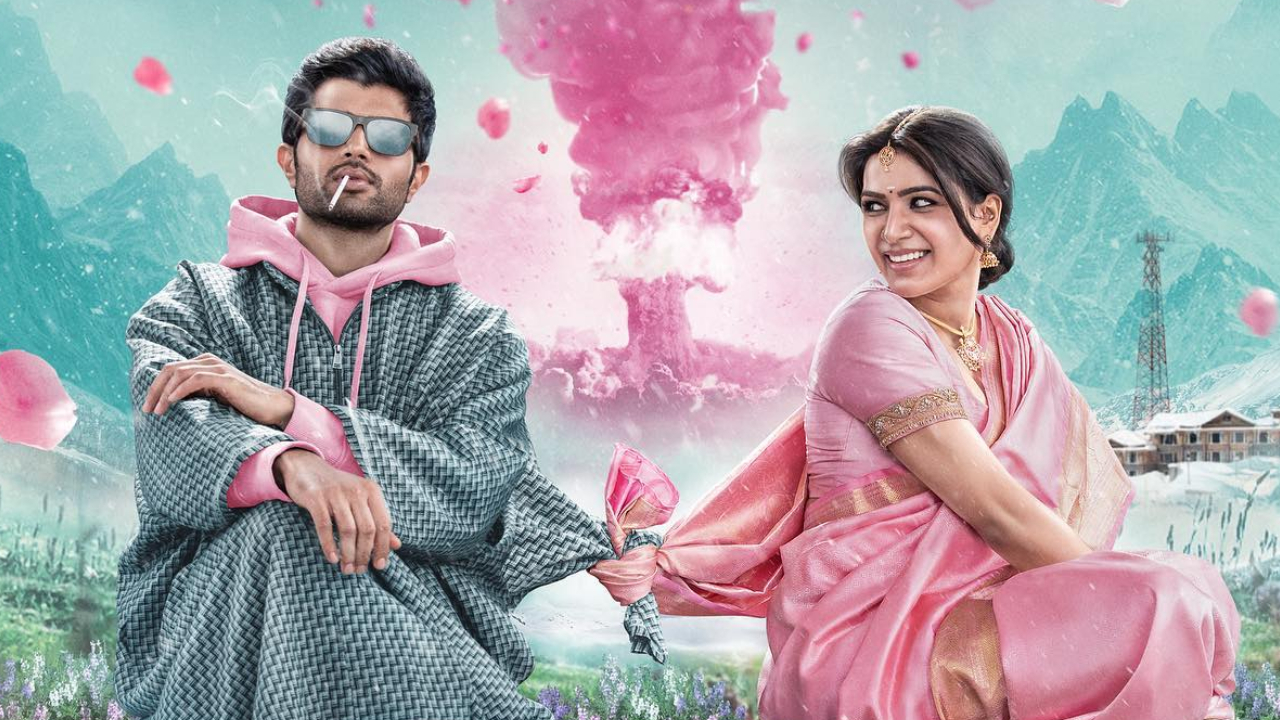 Vijay Deverakonda has teamed up with star heroine Samantha Ruth Prabhu for a romantic love story titled Kushi, which is being directed by Shiva Nirvana of Majili fame. The film's creators had promised multiple surprises, as they unveiled the first look poster along with the title revelation on Monday.

The film's first look features Vijay in a stylish avatar but with Kashmiri men attire and Samantha in traditional attire. Both of them are tied together in what looks like a nuptial knot, in the poster, Vijay looks dapper, he is seen gazing at something, while Samantha is seen draped in a saree, adoring Vijay, as she looks at him.

The pinkish poster is stunning, with a cloud in the background depicting Kashmir's map and two doves flying, symbolising love. Meanwhile, the motion poster is quite lovely, and the background score is quite pleasant.

Jayaram, Sachin Khadekar, Ali, Vennela Kishore, Rahul Ramakrishna, and others star in the film, which is produced by Mythri Movie Makers. This film's music is composed by Hisham Abdul Vaahab. The film will be released in Telugu, Tamil, Kannada, and Malayalam on December 23.