Advertisement
HomeSouthThe Ghost teaser: Nagarjuna Akkineni goes on a killing spree with a katana in both hands

The Ghost teaser: Nagarjuna Akkineni goes on a killing spree with a katana in both hands 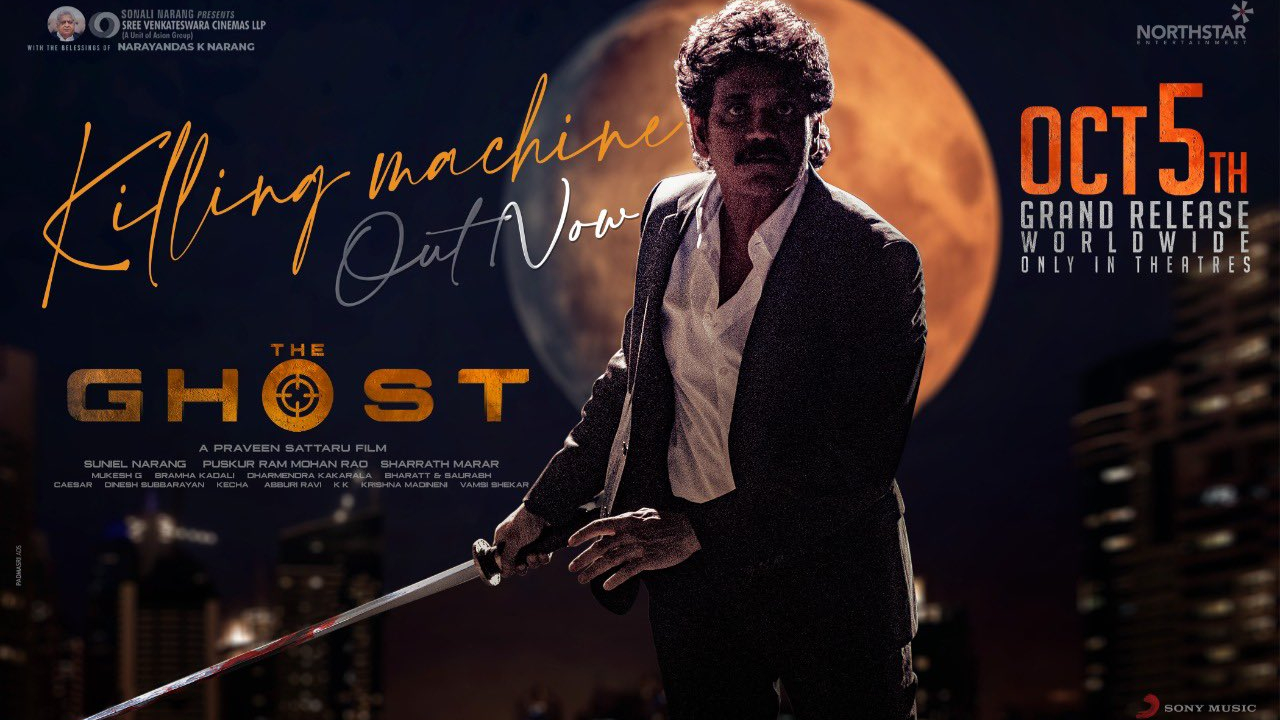 The makers of Nagarjuna's next film The Ghost on Saturday released a teaser titled 'The Killing Machine' on their social media handles. Along with the teaser, the release date for The Ghost has also been announced.

"Hold ON to your breath! Presenting the Vicious #KILLINGMACHINE #TheGHOST arrives with breathtaking ACTION in theatres from October 5," the makers wrote, as they shared Nagarjuna's teaser from 'The Ghost'. The Ghost will hit the theatres worldwide on October 5.

So excited to bring you the cutting edge action packed glimpse of the GHOST!https://t.co/pTcDn8BjoH

When a highly-trained, exceedingly lethal agent gets angry, he transforms into an unstoppable 'Killing Machine'. The makers of The Ghost have introduced Nagarjuna's part in the film using this subject as the foundation. In the teaser, the background score sounds exciting, while Nagarjuna looks badass.

Sonal Chauhan will be seen in the film opposite Nagarjuna, playing the role of an Interpol officer. Praveen Sattaru is producing the film as a high-intensity action thriller with all the commercial components. The film's other main cast members are Gul Panag and Anikha Surendran. Directed by Garuda Vega fame Praveen Sattaru, The Ghost is bankrolled under Sree Venkateshwara Cinemas LLP, Northstar Entertainment.