Advertisement
HomeSouthSadhguru praises Ram Charan’s wife Upasana Konidela on her choice of not having babies; latter says ‘speak with my mother and mother-in-law’

Sadhguru praises Ram Charan’s wife Upasana Konidela on her choice of not having babies; latter says ‘speak with my mother and mother-in-law’ 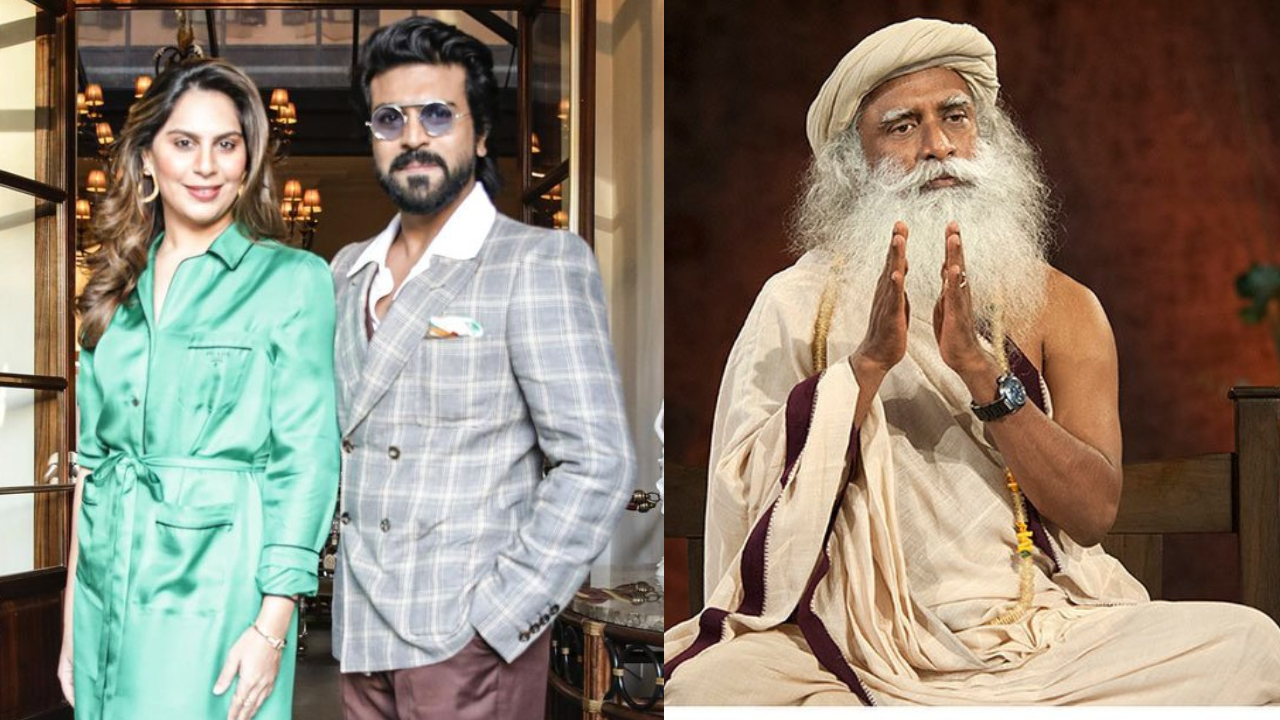 Ram Charan’s wife entrepreneur and philanthropist Upasana Kamineni Konidela has given a befitting reply to all those who keep on asking her about embracing motherhood. The couple, who have been married for a decade now are often quizzed about parenthood. Recently, at an event, Upasana opened up about her decision to not have kids and questioned the societal pressure put on women to birth babies. In response, spiritual leader Sadhguru showered praise on her choice and seconded her stance.

In an interaction with Sadhguru at the 17th ATA Convention and Youth Conference earlier this week, Upasana interviewed him. Among the questions she asked a personal one and threw a reference to husband Ram Charan’s hit film RRR and said, “I have been very happily married for 10 years now. I love my life, I love my family but why do people find it their duty to question my RRR.” She explained on the RRR and said, “RRR is my relationship, my ability to reproduce, and my role in my life. There are so many women like me who would want an answer to this.”

An absolute honour to be in conversation with @SadhguruJV amazing as usual, every topic made so much sense. Truly practical considering the circumstances the world is facing today. A must watch !

Sadhguru-Thatha’s not letting me accept your award

RECOMMENDED READ: The Ghost teaser: Nagarjuna Akkineni goes on a killing spree with a katana in both hands

Sadhguru in his response said that he will leave the relationship out of the question but spoke about the second R- reproduction and said, “If you stay this way, not reproducing, I am going to give you an award. I have already announced an award for all those young women, who are healthy and can reproduce but choose not to. This is the greatest service you can do right now. This is not an endangered species. We are just too many. We are heading towards 10 billion in the next 30-35 years. Man is worried about carbon footprint but if the human footprint is reduced, there is no need to worry about global warming too. So, it’s good to see women who chose to not reproduce.”

Upasana, who was much impressed with Sadhguru’s reasoning reacted and said, “I would make you speak with my mother and mother-in-law very soon.” Ram Charan and Upasana got married in 2012 but have not yet become parents. Last year in a press conference, Ram Charan had also addressed the question on children and said, “As a son of megastar Chiranjeevi, I have the responsibility of making fans happy. If I start a family, I may deviate from my mission. Upasana also has a few goals. So, we decided not to have kids for some years.”