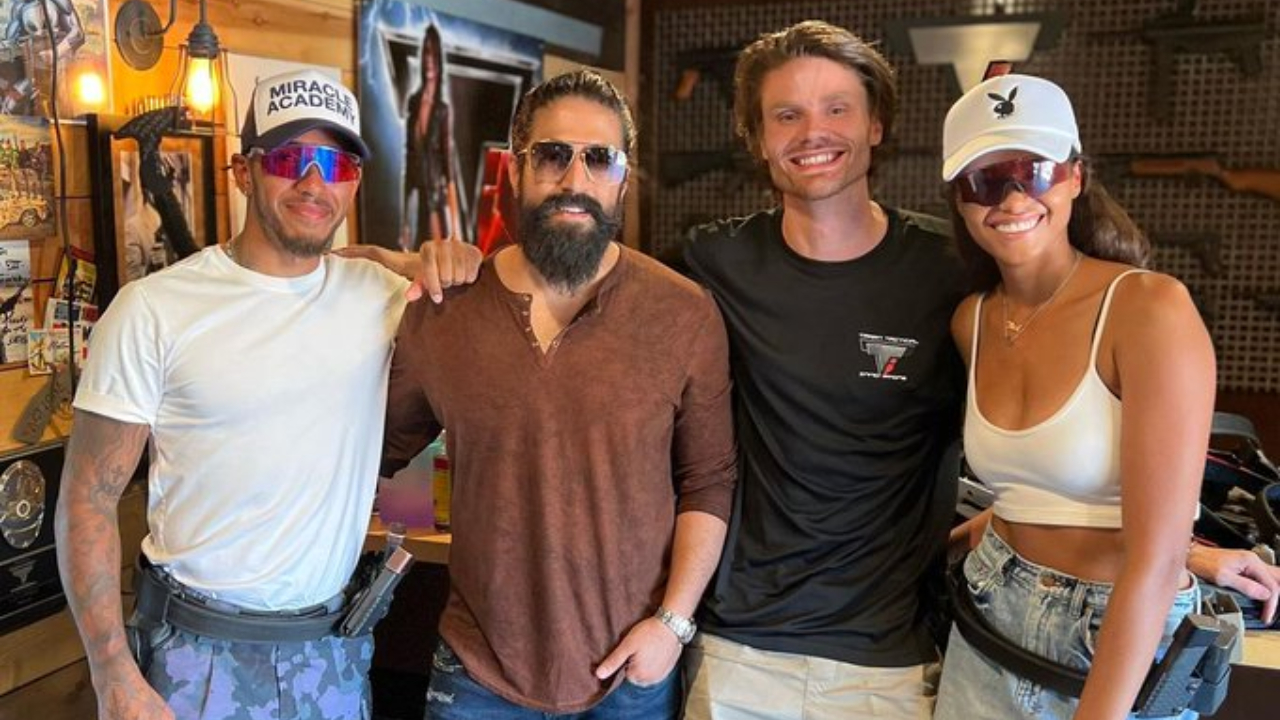 Yash has been consistently making the right noise for his work and garnering massive number of fans, not just in the country but Globally. Rocking star's KGF2 set the cash registers ringing at the global box office with collections upward of Rs 1200 cr. After living up to his promise of getting Kannada cinema recognition nationwide, he seems to have set his sight on taking Indian Cinema to the global level. The actor was recently seen in LA with J. J. Perry, which piqued the curiosity around something developing on the global front. And now his meeting with British motorsports racing legend, Lewis Hamilton has become the talk of the town.

Yash truly deserves a whole lot of praise for putting Kannada cinema on the National map. The actor recently shared a video where he was seen training in LA with renowned American director, martial artist, actor, and stuntman, J. J. Perry. This time Yash's picture with British motorsports racing icon, Lewis Hamilton has surfaced on social media, which has left the fans wondering if he is now planning to take Indian cinema to the Global level.

7 times world champion & one of the GOAT in #F1
#Yash #YashBOSS#LewisHamilton @F1 pic.twitter.com/AsVf4p3HuV

The picture of Yash and Lewis Hamilton started doing rounds on social media via Hamilton's fan clubs. The image truly showcased a moment of two self-made icons coming together.  While Yash has paved his path to stardom on his own, Lewis also came from humble beginnings and carved his journey to the top and both of them are icons in their respective fields.