She reminded me, in many ways, of the Hollywood actress Jennifer Beals who played an exotic dancer in the 1983 romantic drama Flashdance. The same shy sexiness in her expressive eyes and sunshine smile, the same bouncy spiral curls, the dancer’s walk and toned body. But Sanya Malhotra had not heard of Jennifer Beals or seen Flashdance. I let it pass. I was meeting her because she’s got a big film releasing this week in Ritesh Batra’s Photograph. Opposite Nawazuddin Siddiqui. Ritesh is the Mumbai boy who was studying Economics in New York University and chucked it up to return and make

The Lunchbox in 2013 starring Nawaz, Irrfan and Nimrat Kaur. It opened at Cannes where the audience gave Ritesh’s film a standing ovation. He took it to all the major international film festivals where The Lunchbox was nominated for several awards and won many. And now Ritesh has got Photograph with Sanya and Nawaz. The film is described as a coming-of-age, romantic-comedy-drama about a struggling Mumbai street photographer who convinces a middle-class student to pose as his fiancée so that his grandmother stops pressurising him to get married. It’s world premiere was at the Sundance Film Festival in Utah, USA, and European premiere at the 69th Berlin International Film Festival. People are still talking about it.

I didn’t know Nawaz was on board. I got a call from Ritesh after Dangal was released. I had no expectations as an actor.

The foreign media, Variety, The Hollywood Reporter and Screen International, loved Photograph and compared it to The Lunchbox in many ways. Sanya came in for huge praise and her “evolved performance” is credited with being one of the reasons the film works. I met the Delhi model and dancer who muscled her way into Bollywood with Aamir Khan’s Dangal in 2016 and after that put out powerful performances in Pataakha and Badhaai Ho last year to let the industry know she had arrived. Soft-spoken and demure Sanya was wearing black trousers and a caramel polka dot shirt belted at the waist, minimum makeup and stilettos, I forgot about Jennifer Beals.

Have you seen the trailer? It’s a sort of love story between these two strangers. If I tell you more, you may not go and see it. So I’m scared to reveal too much.

It’s described as a coming of age romantic comedy-drama...

In the sense that you’ve never seen two people coming from a very different world altogether meeting and mingling in real life, am I right?

You’re kidding! Bollywood is full of that!

But this film, even when I was reading the script, and when I watched it, you become a part of. It feels very real. Obviously we’ve seen it in a lot of Bollywood films, but yet this is different. Trust me, this is very different.

What was the bigger draw, working with Ritesh Batra or Nawazuddin Siddiqui?

I didn’t know Nawaz was on board. I got a call from Ritesh after Dangal was released. I had no expectations as an actor. I thought one film wouldn’t make a difference to my career. And I looked different then. My hair was an awkward length. It was very short. I had six pack abs, muscles, a thick neck. I used to look like a wrestler because I trained so hard for Dangal. I didn’t think a director would offer me a film, or come with up with a different script, a different character, so I had no expectations for my career. And then I got a call from Ritesh. It was a big thing for me because I was a huge fan of his Lunchbox and I knew he was a very fine director. He wanted me to read a script. I was in no two minds. And when I read it, I was so excited. When Ritesh writes, he creates a world and sucks you in. There’s something very fresh about the way he directs a film. So it was a very good opportunity for me. My second film, opposite Nawaz and directed by Ritesh!

You’re a fan of Lunchbox? Has Ritesh directed Photograph the same way?

Yes! Who isn’t a fan of Lunchbox? But you can’t compare both films. Lunchbox has its own magic and Photograph, I hope, has it too. The only thing common in both is Mumbai. I think Ritesh shows a different Mumbai to his audience with his writing.

Would you rather do meaningful cinema or a masala film?

I grew up watching those masala films. I can call them musicals, right? With song and dance breaking out any time. I’m a fan of that cinema. But things are changing because the audience wants to see more content. They want to see good performances. You can’t fool the audience with just anything now. You can’t have two item numbers and hope your film will work. The audience is intelligent now, they a lot of content to watch, and it’s available on various platforms. But I would love to do a mainstream Bollywood masala film where I’m dancing!

I’m shooting my fifth film and promoting my fourth one. I’m sitting and giving interviews. It just feels amazing.

Photograph is described as a love letter to Mumbai. When you came from Delhi, what did you fall in love with in Mumbai?

I came here when I was in second year of college. I was in the dance society and had come for the IIT Mood Indigo. It was my first time and I thought, oh my God, everything is so crowded, there are so many people. I couldn’t see a proper building. I didn’t think I would be able to move to Mumbai. But in two days I fell majorly in love with the city. I was reading Manto at the time and for me Mumbai was Manto. Especially Colaba and places in South Mumbai that I could relate to his writings. I loved how everybody was busy running around and nobody had time for anything. So you could live your life and just be invisible. I love that feeling. I can have my own time and not be judged about it. In Delhi people are always concerned. The neighbours are concerned about your life. And you’re concerned about theirs. So everybody knows everything about everyone. You never get breathing space. Mumbai gives you that. There are so many people but you can still be alone and have your own life.

How does international acclaim feel even while national fame is setting in?

It’s overwhelming. For me, not even this, but just to be an actor feels like a dream. It’s been four years. And I’m shooting my fifth film and promoting my fourth one. I’m sitting and giving interviews. It just feels amazing. I used to do all this in front of the mirror when I was a kid. I used to act it out, receive awards in front of the mirror in my washroom. But doing all this now feels really good. Sometimes I ask myself, is this really happening? I sawPhotographin Sundance and I was so happy. I’m really proud of the film. I’m usually critical about my work. Whenever I see myself on screen, I’m like – “Yeh kya kar diya hai? You’re not doing it correctly. It’s not looking nice.” I’m very harsh on myself. But when I saw Photograph I was really chilled. And it felt unreal because I was watching it with a different audience and the people at Sundance really liked it. There was good response. And I thought you do not need the language, language is not the barrier, art and love and all these things travel.

For me, it was a very big thing to be cast opposite Nawaz and that too in my second film.

Ritesh says you have a way of saying things without words...

I think he means the character. I am similar to Miloni in Photograph. She doesn’t talk much, is very quiet, and is an introvert. But the world she comes from, the challenges she has, I didn’t face these. We both don’t like talking about our thoughts and how we feel. It’s very difficult for me as Sanya to tell anybody I love being alone. I work on being an introvert. But in my profession I can’t be quiet all the time and do what I’m doing.

Nawazuddin took years to get where he is. You’re there in your fourth film...

I remember meeting him after Dangal. We used to go to the same gym. I was working out. He came up to me and I was, like, OMG! He said, “Sanya, you did a very nice job inDangal.” That was the best day of my life. I didn’t know what to say. I don’t think I even said thanks to Nawaz I was so shocked. That’s the only meeting I had with him beforePhotographbecause Ritesh didn’t want us to meet. He wanted a surprise element for both of our characters. We then met a couple of times and did the cast-and-crew, readings and all. For me, it was a very big thing to be cast opposite Nawaz and that too in my second film.

Nawazuddin Siddiqui and Sanya Malhotra in a still from Photograph

Do you know who Jennifer Beals is? Saw the film Flashdance?

No, who is she? I haven’t seen Flashdance? 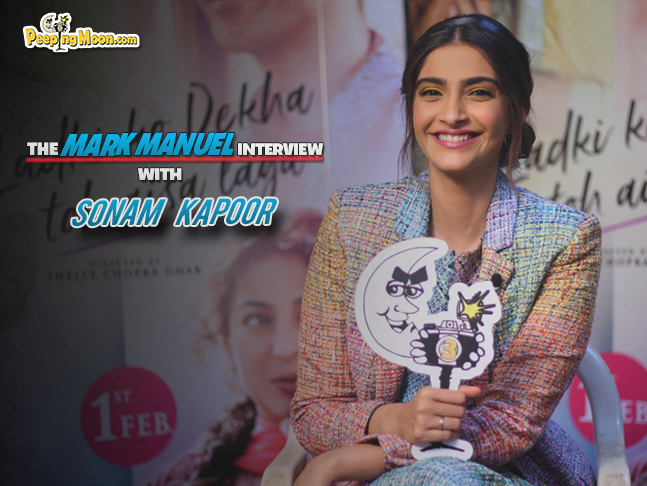