Failure doesn’t discourage us, we are Jats, we move ahead, says Sunny Deol 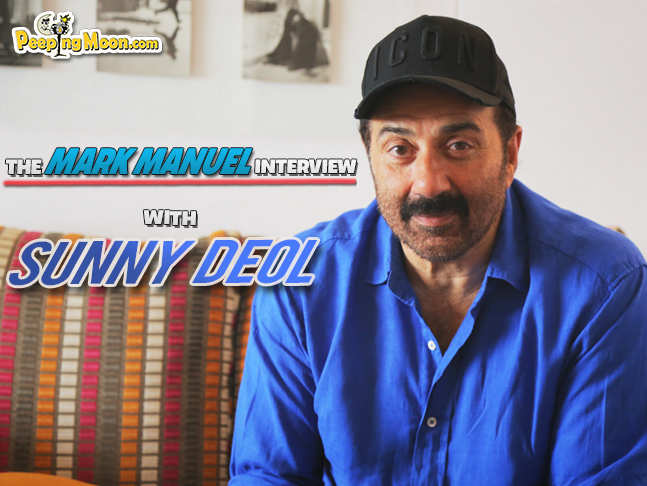 The verdict is out. Yamla Pagla Deewana Phir Se is not just a bad film like its predecessor – the awful YPD 2 of 2013; the third one in this action and comedy franchise starring Dharmendra, and his sons Sunny and Bobby Deol, is reportedly outrageous. Critics have given the Deols hell in their reviews. I don’t know what they were thinking of when they made YPD Phir Se. Sunny told me, “It’s a freak-out film with an outpouring of love, fun and mischief, and hopefully people will enjoy YPD Phir Se.” I hope they will. It’s got the added presence of Salman Khan, Shatrughan and Sonakshi Sinha, and Rekha.

My heart goes out to the Deols. But they are Jats. A fighting people. As stubborn as they are determined. Sunny told me last week, “We just go on, there’s no turning back. That’s the way life is. You fall down, pick yourself up, and keep moving forward. That’s always been our motto. I’ve learned this from Papa.” He might have been Stallone delivering one of life’s lessons from Rocky. But Sunny was describing the Deols’s indefatigable enthusiasm which led them to make YPD Phir Se five years after the box office beating they took with YPD 2.

People tell me age is the number you are at. To me, 62 is just a number. I don’t feel that old. I am doing things that youngsters are doing.

He explained, “Papa says if you don’t follow your dream, life is meaningless. What would you do if you don’t follow something? A dream is a hope. Something that motivates you to move ahead.” His own dream, I know, is to keep on working. And his hope is that his passion to try and make good cinema does not die down. I don’t think it will. Just as soon as Sunny forgets YPD Phir Se, he will remember he has son Karan Deol’s debut film Pal Pal Dil Ke Paas to complete. Another Deol is being launched. They finished  shooting a major portion in Manali this June. Working up to 18 hours a day. Sunny revealed, “I got to know my son during the shooting. It’s always like this. When we worked on the YPD films, there was so much of exchange between Papa, Bobby and me that otherwise does not happen. We become extra close.”

Recommended Read: Sunny Deol on new roles not being offered: Unfortunately, that’s the industry we are in

I met him at the Sun n Sand where the Deols were promoting YPD Phir Se before its release. Sunny was unshaved. He wore a blue shirt, black jeans, canvas shoes and had on a baseball cap. Hidden beneath his thigh was a yellow stress ball. I asked if he was nervous. “Obviously, it’s a long time since we’ve had a film and I want this to work,” Sunny replied honestly. “Nervousness is always going to be there. But this is a franchise. It’s hard to say if there’s anything special or different about this film. In this one, Bobby and I are related, not Papa. So our characters have changed. But otherwise everything is more or less the same.” What was different was that the Deols were all over the place promoting their film. It’s not that they lacked PR skills before. They just believed that their hard work was enough to ensure a decent opening weekend. Sunny said with an embarrassed laugh, “Earlier when it was quiet, you didn’t need to make a noise. Now it’s so cacophonous that you need to shout to be heard. So we are shouting, hoping someone, somewhere will hear.”

The irony is, unlike his aggressive, hard-hitting and screaming character in all the YPD films, Sunny is a soft-spoken, gentle man. He’s reserved to the point of being backward. Almost painfully shy. Ever so polite. He’s also 62 now, wiser and more mature than he’s ever been before. And as an action hero more than an actor or a star, he’s got the courage of his convictions to quietly take the slings and arrows of his bad fortune at the box office. But Sunny’s a loving and devoted son. He’s more worried about how this might affect Dharmendra. He’s also a father concerned about his son’s Bollywood debut. Karan is 28. I remember Sunny telling me ten years ago how mad he used to get at Karan’s cell phone bills when his son was a teenager and calling girls all the time.

We got talking about web series and Sunny admitted that he was a big fan of this medium of cinema and would love to work in one himself. “Not because it’s being done and everybody is doing it,” he clarified. “Abroad when they make a web series, it’s because they have content and characters with depth in them. Here, so many things are thrown into the basket and everybody wants to be a part of it and make money. At the moment in our country, whoever you see is busy making money. That’s their first target. Everything else follows. What happens to the love for your work? When you put aside that passion, and only chase money, then the result is not always nice. I’m scared of doing things like that. Of going down some crooked path just to be popular.”

Here, so many things are thrown into the basket and everybody wants to be a part of it and make money.

I am not a big fan of his films. But I like this simplicity and honesty in Sunny Deol. We have met several times. Over interviews before his releases. At lunch in my office. Over breakfast at his home. And he’s been the same. Looks the same, too. Remember his “dhai kilo ka haath” from Damini in 1993? He laughed when I asked him how much it really weighed. “People tell me age is the number you are at. To me, 62 is just a number. I don’t feel that old. I am doing things that youngsters are doing. When I am working out with my sons, playing squash and badminton with them, I’m beating them. Do I get hurt more easily? My injuries take more time to heal? And my muscles get sore quickly? If I’ve worked or trained hard, obviously that will happen, but I don’t get into why I’m hurting or how long I will take to heal. I just keep moving ahead. I’m a Jat, remember?”