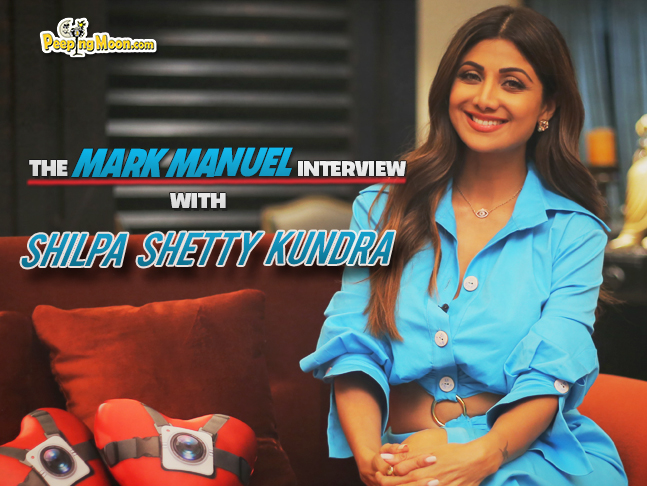 Back in the day, Shilpa Shetty’s family and mine knew each other. We lived in opposite buildings at Mazagaon. A good old Catholic quarter in what was then Bombay. It had a village with a chapel where candles burned all day and prayers were said at night. A rock band named Bonaventures that played at weddings. Quaint, one-storey houses with narrow, twisting lanes in between where children held cricket and football matches. And a girls’ convent and boys’ school. I did not know Shilpa then. Boys below a certain age despise girls. Besides, who knew she would turn out to be like this!

But to my great surprise, Shilpa remembered several people from Mazagaon. Including friends I had forgotten, relatives several times removed. She even got their names right. And she recollected Christmases celebrated in our simple homes. But me, she just couldn’t place. It really didn’t matter. I was amazed. I had gone to talk about her new video series Hear Me Love Me for Amazon Prime which is like a blind dating show with Shilpa playing Cupid. Instead, she nostalgically took me back to Mazagon.

Shilpa Shetty Kundra on the poster of Hear Me Love Me

When I managed to get a word in edgewise finally, I steered the conversation to her show. In which Shilpa combines modern day technology with old world romance to help young girls find ideal life partners. Each girl participant is set up with three boys on a blind date. It’s done virtually. On camera. She can’t see their faces. But she can see what the boys are up to during their day. And by night, she has to make her choice.

We were in a cavernous hall at Shilpa’s Juhu residence. Big enough to hold a ballroom dance for 50 couples. It had rock walls, mirrors and leather furniture. A bar. And framed photos of Shilpa with Sridevi, Rani Mukherji, Rekha. There was one of Mother Teresa. Another of Prince Charles. Her son Viaan, who is six, had stacked his cycles and a toy ATV like what Salman Khan rides in Tiger Zinda Hai against a wall. This was also her husband Raj Kundra’s den. It had a pool table, a Bonzini (table-top soccer) game and a poker section meant for Diwali parties. In the midst of all this Buddha jostled with Ganesha.

Beyond the hall, through large French windows, I could see the beach and hear the sea. There was a garden with stone seats and a greenhouse. I turned away. Shilpa was sitting on a sofa in a midriff baring powder blue skirt and top. More breathtaking, I thought. “We’re all searching for the same thing – love, and more importantly, true love,” she said, bringing up Hear Me Love Me. “But the way we go about it has changed. We used to stalk the people we like with missed calls on the landline. Now we’re stalking people on Instagram. You have to move ahead with the times. Blind dating as a concept is not new. But Hear Me Love Me has brought technology into the picture. You see the girl interacting with three boys on the show. She gets to know them, their world, even their family and friends, but she doesn’t get to see them. Their interaction happens through a camera the boys have strapped to their chests. She has to assess them and then take a call whether she wants to go out on a date with one of the three boys – without knowing what he looks like! That’s where the show becomes edgy and different.”

I asked, “What about men, no blind dates for us?” Shilpa replied, “Oh, we had one celebrity male contestant. Sreerama Chandra Mynampati who won Indian Idol. You have to watch that show. It was such a laugh riot. He actually came searching for a blind date. This generation has become slightly cynical. We think the people are frivolous. But they are not. They’ve got complete clarity in their lives. They know what they don’t want. I think that’s great because the girls here are top of the game. Those who come to Hear Me Love Me have gone through many a date. And they are fed up of the rigmarole of the process. Here they have a choice of three boys and have to take a call. I play Cupid and help them along.”

I’m glad to say a lot of due diligence goes into the selection of the boys for this show. In this day and age, yes – with it’s modern technology, online dating sites are often used for wrong purposes. Shilpa said, “The show caters to millennials. I have to be honest, we thought differently when we were dating or trying to find love. Maybe our mindset and our conditioning was different. But the world is evolving. The people I meet today, the boys and girls of this generation, they are far more confident, they’re very secure, and they’re all working. We were relaxed at that age and laid back. Today’s generation is of go-getters. They are impatient. They want things, like, now. They really know their minds.”

I figured Amazon Prime had taken Shilpa to attract participants. But I didn’t get why these impatient, go-getter millennials of hers with all their confidence would turn to a video show to get a blind date. Also, what happened if the girl didn’t like the boy she had picked? Shilpa clicked her tongue irritably. “Arre, here’s where my experience comes in,” she said. “I handle TV and reality shows well enough. I’m comfortable in this medium and can convince people to fall in love. I feel there’s too much mind work that happens. People have stopped thinking from the heart. That’s where I play my part. I always advise people to go with their gut instinct and believe in it. And to start following their heart. I feel everything falls in place once that happens.”

Recommended Watch: Questions you should and shouldn't ask on a date ft. Shilpa Shetty Kundra

The way Shilpa described it, every episode of Hear Me Love Me ends on a different note. “Pulling off the show is difficult enough because it’s all technology oriented. To get three boys, say one in Pune, one in Madh Island, and one in Cuffe Parade, all together ten hours later at the end of the show is such a huge feat. We’re shooting at three different locations and have three different units. If the wifi is down, the shoot gets stalled. Sometimes the girl is not happy when she gets to see the three boys because she’s already made up her mind before seeing them. And now she’s regretting that and wishes she had gone with another person. But the reason she made that choice is because she felt a connect to that boy before she saw him. And that’s the whole point of the show. That insight is more important than sight. Sometimes the girl rejects the boy after the show. Sometimes the boy doesn’t want to go forward. And we have had a couple of instances where they are still dating. It takes all kinds to make the world.”