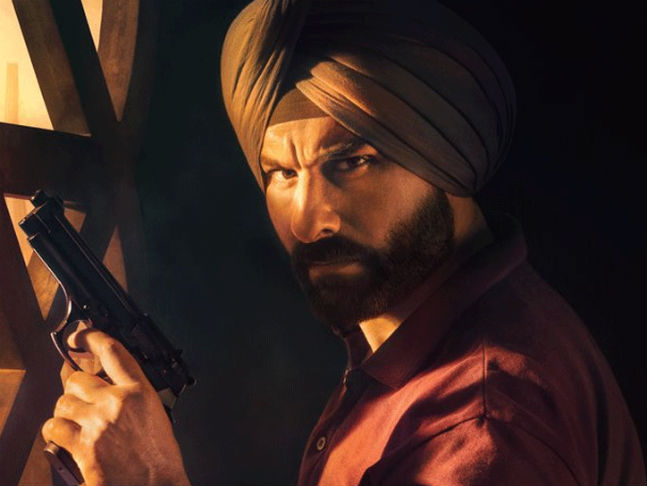 Is Sacred Games 2 happening or not? Well, we are as worried about its status as you but if a report in a leading daily is anything to go by, Sacred Games 2 will become a reality soon as sources said that it will begin filming in March 2019. After the crazy success of the first season of the series, fans couldn’t contain their excitement for Sacred Games 2 but with the #MeToo movement encompassing the nation, the fate of the series became slightly uncertain. More on this later.

Sacred Games 2 was expected to begin filming by November but the cast, as per sources, signed different projects in the midst of the uncertainty over its execution. Although no official confirmation has been provided as yet, buzz is that shooting will begin in March.

Recommended Read: I don’t think there should be any issue, says Saif Ali Khan on Sacred Games 2

Saif Ali Khan in a still from Sacred Games.[/caption]

“All the actors, who had blocked their dates for the shoot in November, have now taken up different projects. Though there has been no official communication on when the shoot will begin, there is talk that it will be in March next year,” sources told the daily.

Sacred Games premiered earlier this year and was received exceptionally well by audiences as well as critics. The series was directed by Vikramaditya Motwane and Anurag Kashyap, who had produced it under their banner Phantom Films. However, Motwane and Kashyap embroiled themselves into the #MeToo controversy after their partner Vikas Bahl was accused of sexual harassment by a former woman employee – the fiasco ultimately led to the dissolution of Phantom Films, announced earlier this month.

To add to this, Sacred Games writer Varun Grover was also accused of sexual harassment. Peepingmoon, in fact, had reported last week that Netflix has sacked Varun from the second season and will no longer be credited as a co-writer of the series.