Advertisement
HomeWEBCAST'Mind the Malhotras: Cyrus Sahukar's and Mini Mathur's series receives a thumbs up from the audience!

'Mind the Malhotras: Cyrus Sahukar's and Mini Mathur's series receives a thumbs up from the audience!

Amazon Prime Video Originals Mind the Malhotras which released a few days back has received a warm welcome from the audience, with a special mention to the fresh chemistry of Cyrus Sahukar and Mini Mathur seen sharing the screen.

The viewers of the series have loved the crisp pairing of Cyrus Sahukar and Mini Mathur who bring a breezy new vibe to the show. But very few know that Cyrus and Mini started their career together and were winners of MTV VJ hunt in the same year. 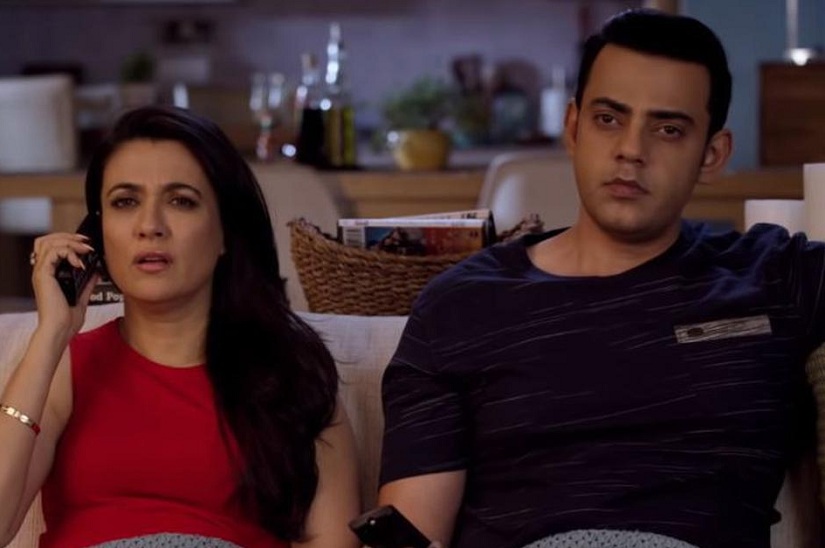 Mini Mathur and Cyrus Sahukar from Mind The Malhotras

Recommended Read: Mind the Malhotras trailer: Mini Mathur and Cyrus Sahukar starrer is a hilarious take on modern marriage with some awkward and insane moments

Take a look at what the audience has to say about the show:

Here’s one to look out for #MindTheMalhotras on @amazon .. reasons to watch this series - crazy mad comic genius childhood mate of mine @cyrus_sahu and this chupa acting rustam @minimathur (slaying it if I might add) .. super job you 2 and the entire team.. @sahil_sangha

After sarabhai vs sarabhai, I loved #MindTheMalhotras @PrimeVideoIN @minimathur mam, you killed it and of course #cyrus is freaking Hilarious.

You are so hilarious in Malhotras! As soon as I saw you in this new series, I was like, Man! She is killing it since Indian Idol! Pure gold act @minimathur

@minimathur just completed all the episodes of #MindTheMalhotras.. Shef is truly amazing.. You looked amazing and what comic timing loved you the most Looking forward to see more of you ♥

#MindTheMalhotras is such a sweet, refreshing, quirky tale, meandering through the hilarity of a monotonous marriage and weird muddled parenting! such a funny little sit-com gem! @cyrus_sahu & @minimathur have aced this one! funny brilliant their timing is ON POINT!watch yougaiz

A stellar acting by @minimathur (Shefali Malhotra) won the heart of millions. What an acting! Out of the world. Mind The Malhotras is recently the best comedy tv show i have ever seen. Yohan Malhotra, the child character impressed me deeply. #mindthemalhotras

There is some freshness about #MindTheMalhotras. Just binge watched... Loved it for @minimathur and #CyrusSahukar. Keep producing such series @deespeak @PrimeVideoIN

The show, Mind the Malhotras is about Rishabh and Shefali Malhotra, who attend therapy sessions, after a few of their couple friends file for divorce. Mini and Cyrus gave an exclusive interview to PeepingMoon.com before the web series' release. Watch the interview here: