Advertisement
HomeWEBCASTMess with her at your own risk! Meet Aahana Kumra as Deputy Commander Ahluwalia of the Baaz Squad from Netflix's 'Betaal'

Mess with her at your own risk! Meet Aahana Kumra as Deputy Commander Ahluwalia of the Baaz Squad from Netflix's 'Betaal' 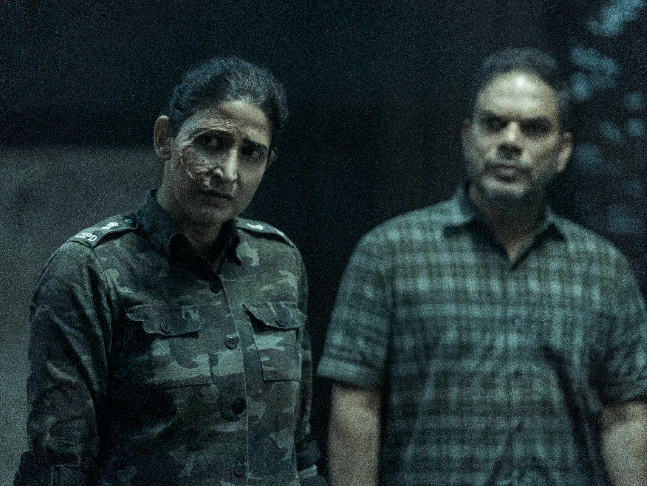 Netflix’s upcoming horror-thriller series, Betaal, is set to hit the streaming service on May 24, 2020. The story is set in a remote village, which quickly becomes the arena of a breathless battle when a two-century-old East India Company Colonel, infected with the Betaal's curse, and his battalion of blood-thirsty zombie redcoats are released from their tomb - attacking anything with a pulse. With the CIPD (Counter Insurgency Police Department) forces pitted against the undead army, hapless civilians are trapped in a gripping, edge-of-your-seat conflict.

Aahana Kumra, who is known to play versatile characters, will be seen as Ahluwalia, a Deputy Commandant at CIPD (Counter Insurgency Police Department) Baaz Squad in this series. She is fearless, the toughest member of the Baaz Squad and Vikram Sirohi’s friend. She chooses to do the right thing even if it means to go against the order of her seniors. Mess with her but at your own risk! Will Aahana Kumra fight the pretas fearlessly?

Betaal is directed by Patrick Graham and Nikhil Mahajan and is written by Patrick and Suhani Kanwar. Besides Aahana, it stars Viineet Kumar,  Suchitra Pillai, Jitendra Joshi, Manjiri Pupala and Syna Anand. It is produced by Shah Rukh Khan's Red Chillies Entertainment and executive produced by Blumhouse Television and SK Global Entertainment.

Betaal releases exclusively on Netflix on May 24, 2020.