Advertisement
HomeWEBCASTHeard my nine-year-old daughter say 'girls like English and boys like Maths’: Vidya Balan starrer ‘Shakuntala Devi’ director Anu Menon on what led her to make the biopic

Heard my nine-year-old daughter say 'girls like English and boys like Maths’: Vidya Balan starrer ‘Shakuntala Devi’ director Anu Menon on what led her to make the biopic 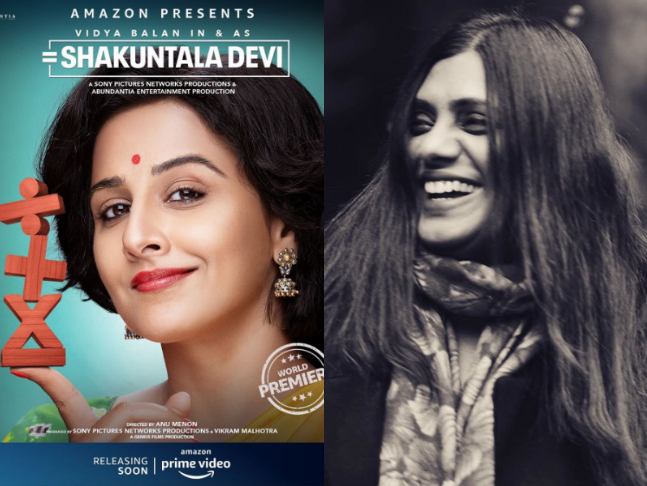 Filmmaker Anu Menon has recalled how a conversation with her daughter made her take up the job of directing the upcoming film, Shakuntala Devi. "One day, I heard my then nine-year-old daughter say that 'girls like English and boys like Maths'. That really stung and I realised that we really need to fix this," said Menon.

That was the starting point, following which she began researching around Shakuntala Devi, a writer and mathematician who was popularly known as the human computer. Menon eventually connected with her daughter Anupama in London, with her co-writer Nayanika.

RECOMMENDED READ: Shakuntala Devi was not only a maths whiz but a woman way ahead of her times, here's how she broke stereotypes

"So this is certainly a story that is equal measures personal and important to me. I do hope little girls across the world see the movie and feel differently about maths," said Menon.

Featuring Vidya Balan in the title role, the film is a biographical drama on the life of Shakuntala Devi. Shakuntala Devi will premiere on Amazon Prime Video on July 31.