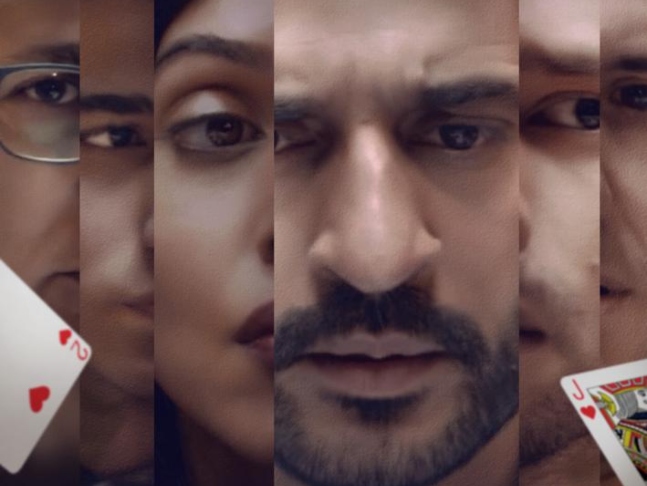 Eros Now announced a crime- thriller short film Unkahee under the banner of an Eros Now Original. Steered by Prithi Rathi Gupta and directed by Anushree Mehta, the murder-mystery is all set to stream on September 26, 2020, on Eros Now.

With a stellar star cast, Hiten Tejwani, Sehban Azim, Anupriya Goenka, Ayushman Saxena, Ashwin Mishra, Ravi Khemu, Ashoke Pandit amongst others, an Eros Now Original Unkahee narrates a story of dreadful murders taking place in Delhi where 11 women are brutally killed in 12 months by one formidable serial killer. With a race against the clock for safeguarding women in the city, things take a sinister turn when 6 suspects are locked in a dingy garage pitted against each other to figure who the killer is in a restricted time frame of 12 hours. The film features a collection of lovable characters who will thrill the fans with its cliff hanger unraveling the biggest mystery in town. A mystery that has rattled an entire city, gripped with fear and the sequential murders! Who is next? Will the authorities be able to nab the criminal in time? Or will another victim surface? Unkahee with its gripping narrative will have you guessing about the climax till it unfolds.

Commenting on the original film, Ridhima Lulla, Chief Content Officer, Eros Now said, " Unkahee is a mystery thriller and it's one of a kind. What's different about it is the gripping narrative. This short film further adds to Eros Now’s unique content library to entertain viewers who are keen on sampling original and interesting stories.”

Commenting on the same Hiten Tejwani mentioned, "Unkahee, the film unveils the mysteries and the series of murders taking place in Delhi. The several twists and turns in the plot enticed me to be a part of the crime-thriller and It was a fascinating experience and fun shooting and exploring this genre in a short format".

Anupriya Goenka also shared, "Unkahee was a really intriguing short film to work on.  I'm glad that I got the opportunity to work with Eros Now. We have put in a lot of effort. The story will surely keep the audience glued to their seats."