Recently, after giving a glimpse of the unique rom-com genre film - Comedy Couple through the teaser, the platform had fans going gaga over it. Satiating their excitement, ZEE5 just released the much-awaited trailer of the film. Starring lead pair Saqib Saleem and Shweta Basu Prasad, the film, based in Gurgaon, set against the backdrop of the burgeoning stand-up comedy scene in the city. #JokinglyYours

The trailer breaks down the life of Deep (Saqib Saleem) and Zoya (Shweta Basu Prasad), a stand-up comedy duo and lovers that pack a punch every night at gigs in the city. The script is their real-life experience that breaks down every aspect of a couple living in, in India. You will see a lot of interesting characters in the film, each with a distinct identity – Deep and Zoya’s parents (respectively), their manager, broker, friends. You would have seen a glimpse in the teaser and now in the trailer as well about Deep’s nagging lying habit, something he gets into trouble for regularly, be it with his family, friends or Zoya. Amidst a lot of romance and laughs, when their professional and personal lives collide, it results in bittersweet realizations. The question is will they be able to save their relationship or stage an act every night?

You couldn't have asked for a better way to celebrate October. #ComedyCouple #JokinglyYours

Saqib Saleem expresses, “This is such an exciting project for me, the concept of putting comedy in the romance has a certain light heartedness to it, which is exactly what we need right now. A bit of love and lots of laughter, that’s what Comedy Couple is about. On a realistic note, there is no relationship that is perfect, but it does have its bittersweet moments which we need to cherish. ZEE5 has come up with an exciting concept with stand-up comedy as a means of storytelling but making it real and relatable at the same time. I hope the audience and viewers enjoy the trailer which we have just released. Film premieres on 21st October, so block your date!” 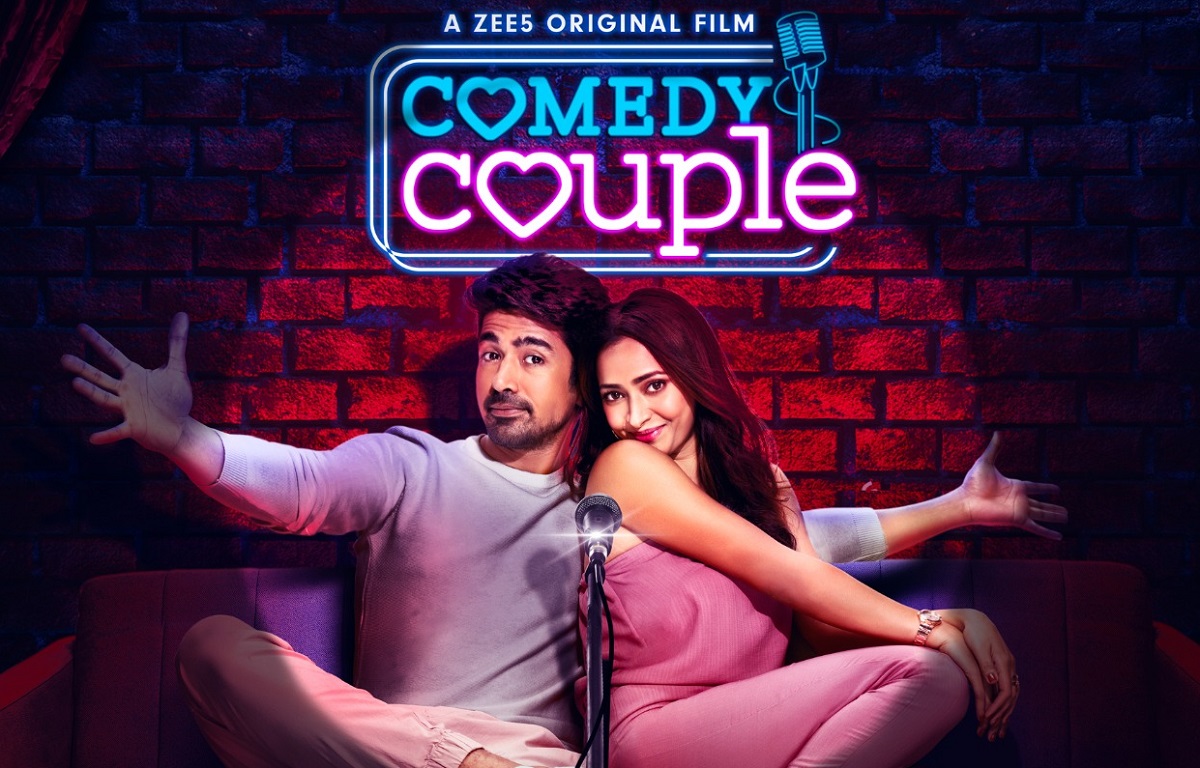 Shweta Basu Prasad says, “Comedy Couple will be extremely relatable to lot of youngsters. The pandemic has taught us one thing that we should take our actions seriously but at the same time not so seriously. Just sit back, laugh, relax and enjoy the moment and appreciate the life that we have. Zoya and Deep are exactly like that, living in the moment and living for themselves. But as you see in the trailer, much like any other relationship, they go through a bittersweet phase and to see what happens to the Comedy Couple in the end, you will have to watch the film on 21st October on ZEE5.”

The film revolves around the comedy couple duo who are also the real-life lovers.  They are a laugh-riot on stage, with their sharp and witty take on a variety of issues like finding romance in the city while grappling with the same problems off-stage. When one of their comedy acts go viral, their professional and personal lives collide, resulting in uncomfortable truths and bittersweet realizations, which they must navigate to make sense of their relationship. The screenplay promises to be an astutely observed and an insightful take on love and life in a bustling city and what it takes to survive here, served with sharp humour and ready wit.