Advertisement
HomeWEBCASTAli Fazal trained me to use the gun in Mirzapur 2: Shweta Tripathi Sharma

Ali Fazal trained me to use the gun in Mirzapur 2: Shweta Tripathi Sharma

As Guddu and Golu united on the poster of Mirzapur season 2, it set the tone for what will follow here on. “Mirzapur par badi Beti na sahi, choti raaj karegi.” announced the show’s social media page. Ali’s Guddu and Shweta’s Golu are back, but from this point, there's no looking back!

Interestingly, Shweta Tripathi Sharma and Ali Fazal were a pillar of strength for each other on set as well. Because of being the two most primary characters carried forward from the last season, the onus of taking the narrative forward is on them too. The duo seeks revenge for the death of their loved ones, as evident from the trailer of the show. 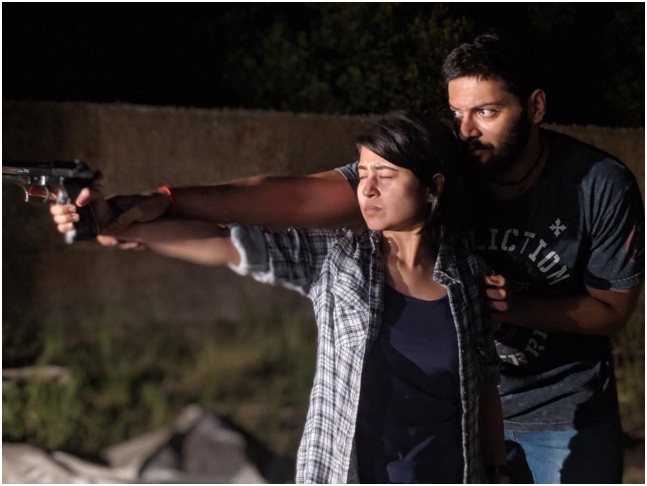 Recommended Read: Mirzapur Season 2 trailer: Ali Fazal's quest for revenge to Divyendu Sharma's fight to win, 6 things to watch out for in the series

For Shweta, Ali was a stronghold. “The first time I fired a gun, I called him and yelled at him. He and Vikrant (Massey, Babloo from Mirzapur) had never mentioned how heavy the guns are or how difficult it is to use them. I eventually took training but eventually it’s Ali who helped me out. I spoke at length to him and he gave me the confidence to train and perfect the part. A large part of the show is also preparing yourself emotionally for the action.  Ali was a big support. He would make sure I am doing it perfectly. He would point out if something wasn’t flowing naturally and we would rework thereon.”

Shweta added that with new characters and actors joining in, it was a double blast working this time around. “I miss Shriya and Vikrant so much. It was a journey we started together and here we are in the new season. This set has given me some of the best co-actors, the most fun colleagues, and memories of a lifetime.  Mirzapur’s writing keeps you on your toes. Golu in season 2 is nothing like season 1 and it’s my team who helped me create her with some gusto and precision.”