Advertisement
HomeWEBCASTRajkummar Rao and Nushrratt Bharuccha call the children of ‘Chhalaang’ stars; trailer to be out tomorrow

Rajkummar Rao and Nushrratt Bharuccha call the children of ‘Chhalaang’ stars; trailer to be out tomorrow 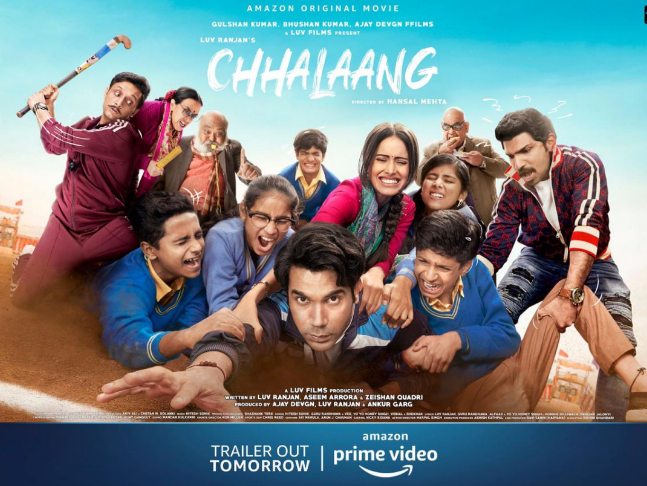 There’s never a dull moment on the sets of a film that has kids. Making the mood livelier and turning the set into a playground of sorts is what was seen by the cast and crew of Amazon Prime Video’s upcoming film Chhalaang. Directed by Hansal Mehta, the film features the versatile Rajkummar Rao and Nushrratt Bharuccha in lead roles along with Zeeshan Ayyub, Satish Kaushik, Saurabh Shukla, Ila Arun, Jatin Sarna and a bunch of children who are an integral part of the plot. Produced by Ajay Devgn, Luv Ranjan and Ankur Garg, the movie strikes a chord with children by releasing on the eve of Children’s Day. Add to that, with the fervour of Diwali around the same time, Chhalaang promises to be a film that appeals to the entire household providing a wholesome family-viewing experience.

RECOMMENDED READ: Coolie No.1, Durgavati and Chhalaang among 9 titles to premiere on Amazon Prime Video

Chhalaang is an inspirational journey of PT Master Montu (Rajkummar Rao), and humorously addresses the importance of Sports Education in school curriculum. With kids being an integral part of the plot, director Hansal Mehta spent time researching on how to go about it. Recalling his experience working with kids, Hansal Mehta shared: “The children in Chhalaang were cast locally from different places like Hisar, Karnal and Gurgaon. They are very natural with immense potential. Before shooting for Chhalaang, I had seen an interview of Shekhar Kapur, where he spoke about handling kids during Mr. India and Masoom, and how he got those amazing performances done from them. He said, “Set them free”, and that was something that stuck with me. I set them free, they were great fun and that is visible on screen. The relationship that they had developed with Raj, Nushrratt and Zeeshan makes the film come alive.”

Speaking about his first-time experience working with kids, actor Rajkummar Rao said, “I had a great time with the children on the sets of Chhalaang, both on camera and off camera. They are the real stars. They were natural, phenomenally talented and have added so much value. Their enthusiasm levels are absolutely commendable, even when the temperature went from extreme heat to winters, all these children had the same vigour while shooting and they really inspired all of us." 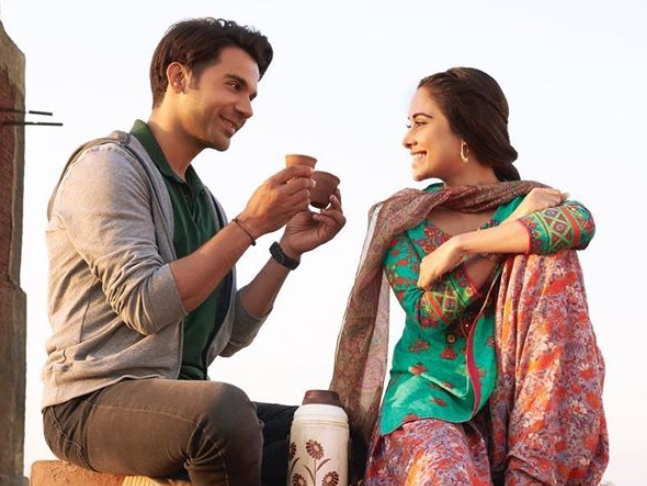 Rajkummar Rao’s fellow teacher Nushrratt Bharuccha is a Computer teacher and also plays his love interest. Sharing her thoughts about working with the kids, she revealed, “Being around children always brings in a sense of nostalgia and Chhalaang took me back to my school days. The children we were shooting with were way smarter and naughtier than most of us were at that age and this actually kept us on our toes the whole time. Seeing their bright happy faces every morning was just so adorable!! I'm happy all kids will be able to enjoy Chhalaang during Diwali and Children's Day with their families."

Chhalaang is releasing this Diwali on 13th November only on Amazon Prime Video as a part of the festive line up for The Great Indian Festival.