Advertisement
HomeWEBCAST'Life has come a full circle,' says Kiara Advani on working with 'Laxmii' co-star Akshay Kumar who launched her in Bollywood

'Life has come a full circle,' says Kiara Advani on working with 'Laxmii' co-star Akshay Kumar who launched her in Bollywood

Kiara Advani is currently Bollywood's darling. After the humongous success of Kabir Singh and Good Newwz last year, the actress has been signing some interesting projects. Now, she is gearing up for the digital release of Raghava Lawrence-directed Laxmii. Co-starring Akshay Kumar, the horror-comedy will release on Disney+Hotstar on November 9.

Ahead of Laxmii's release, Kiara, in an interview, spoke about working with Akshay and what made her sign the film.

You were launched by Akshay Kumar in the industry. Now, you are have done two films with him already. Tell us about your experience working with him now that you’re paired with him?

Life has come a full circle, from being launched in the film to being the leading actress in a film with Akshay Sir. There’s always so much to learn from him, from his work ethics to the energy as an actor that he brings to a scene. When we worked together on good news I was a bit intimidated working with Sir, I wouldn’t speak as much. I would silently listen and observe him on set, the way he would improvise and add so much life to a scene always inspired me. By the time we started working on Laxmii I had opened up, felt more confident and the journey has been amazing.

Kabir Singh which was a South remake was a success, Laxmii too is a remake of a South film. Do you think Laxmii will have the same fate as Kabir Singh?

I can’t compare the two. Each film has its own destiny. Laxmii is a horror-comedy and also a family entertainer. I believe the film has its heart in the right place just like Kabir Singh did so I hope the magic happens again. 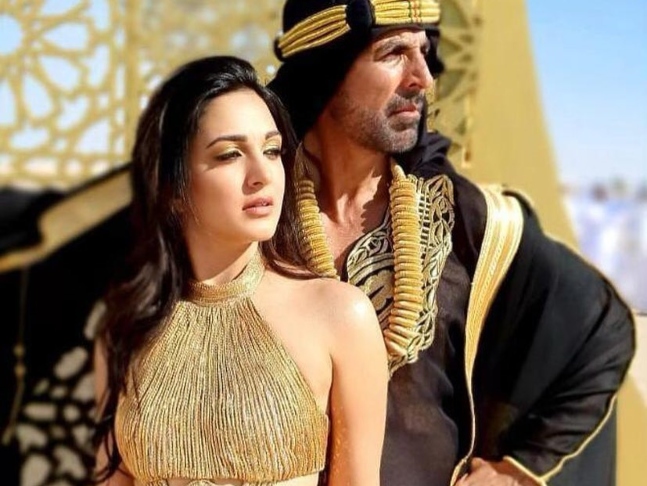 What made you say yes to this film - Laxmii?

There are some films which are so entertaining that you just want to be a part of it. That’s how I felt when I heard the narration of Laxmii. I liked the way my character ties the screenplay together. It’s a commercial film which I haven’t really done before it’s a new space for me as well and I’m really happy to be a part of this film.

Have you seen Kanchana - the original one?

I’ve seen scenes from Kanchana which Raghava Sir showed me on set while we were shooting for Laxmii. We were actually fortunate that Raghava sir who has directed and acted in the original has directed Laxmii because no one knows the film better than him and he brings magic to the film.