The makers of Bhumi Pednekar's supernatural thriller Durgamati have released the film's first song Baras Baras. Bhumi Pednekar has featured in the romantic ballad alongside Karan Kapadia. The song gives us a glimpse of the budding romance between Bhumi and Karan’s character in the film which also marks their first film together. While the audiences got a peek of their love in the trailer of this thriller, the first song from the film Baras Baras gives us all a better insight.

The song sung by B Praak and composed and written by Tanishk Bagchi will the first association of the Punjabi singer who has already created a stir by lending his voice to several hit songs and Tanishk who is on a roll with his various musical hits. The additional vocals for the song are given by Altamash Faridi. 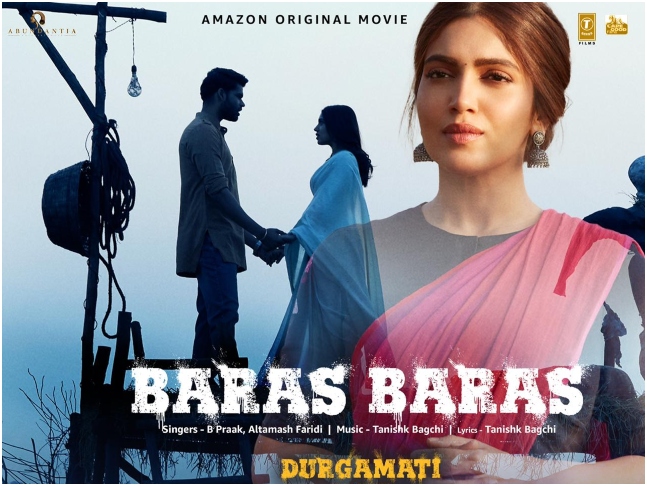 On the film, Bhumi had earlier said, "I’m super excited about my upcoming film Durgamati and it’s an honour to play the lead in this conspiracy thriller.Being an ardent fan of spine-chilling thrillers myself, I was delighted to be a part of such a gripping story,” said Bhumi Pednekar. “Also, I am glad to collaborate with Akshay Sir again after 3 years and present this wonderful film for audiences across the world.”

Durgamati is crafted as a fast-paced, intelligent thriller in a twist-a-minute style and has strongly etched characters that will create a deep impact with the audience as they are gripped by the world of conspiracy and crime, served with a layer of scare.

Tandav Row: Hearing on the PIL filed against the web series postponed to April 19 at Patiala House Court