Maheep, who is mother to Shanaya Kapoor and Jahaan Kapoor, said, "I would never have been on board if my kids weren’t okay with it. Now that the show has dropped and they have loved it, they’re coming to me and telling me their friends are watching it. They’re happy now, I’ve not embarrassed them that much." She is the wife of actor Sanjay Kapoor. 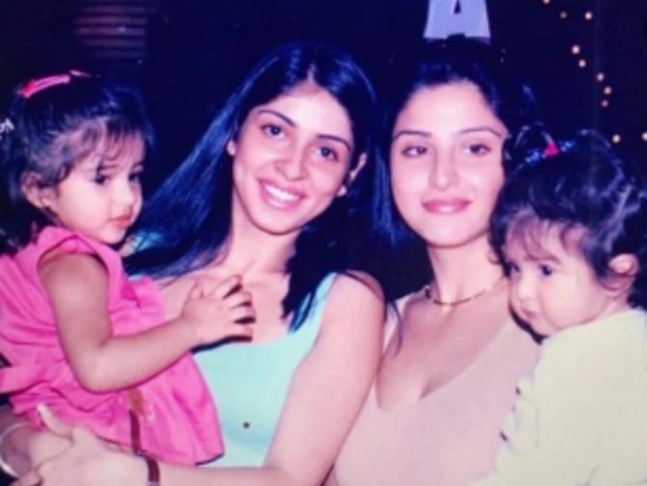 Recommended Read: Keeping up with Ananya Panday as she copies Khloe Kardashian's famous dialogue in 'Fabulous Lives of Bollywood Wives', Twitter is 'ded'

Bhavana, a mother to actress Ananya Panday and Rysa Panday, told, "Both Ananya and Rysa were encouraging when I started the show, which was quite strange. After the show came out, they’ve been really happy about it. Ananya’s been going out and shooting, and meeting people on set, and they’ve all been saying ‘your mum is fab and so entertaining’, so she’s coming back with all these compliments. Not only at shoots, even her friends who are in university, they’ve been messaging her and telling her... Surprisingly even her guy friends, she was like ‘Mom, I never thought these 21-year-old boys are going to enjoy your show so much." Bhavana's husband is actor Chunky Panday.

Mother to Nirvan Khan and Yohan Khan, Seema shared, "I didn’t want Nirvan to feel a certain way when he saw his mom on screen. You have to maintain your dignity at the end of the day; it reflects on the kids as well. He’s very selective with his compliments, but he said, ‘I don’t want to tell you because I don’t want to inflate your head, but my friends are really raving about you and well done mom’. So I think secretly he’s proud of me." Neelam, whose daughter is the youngest in the group, said she tried showing her some portions of the show but had to switch it off due to the language used in it. Neelam further added that she also tried putting it on in Hindi believing that it will be toned down a bit. However, that too didn't work. She said she is willing to wait till her daughter grows up to watch the show.

The Lord of the Rings: The Rings of Power releases new clip, shows Aro

'Screw it, I'm still going to brew it,' says Karan Johar after trolling himself in the latest promo of Koffee With Karan 7

The Lord of the Rings: The Rings of Power - First look at the Orcs from the series out, looks like ‘meat is back on the menu’

Stranger Things Season 4 Vol 2 trailer: Millie Bobby Brown and her gang sign up for a battle against Vecna

Kiara Advani and Shahid Kapoor celebrate 3 years of Kabir Singh; share a glimpse of the shoot from Karan Johar’s Koffee With Karan Season 7