Advertisement
HomeWEBCASTSarah Jessica Parker itching to hear fan theories about Kim Cattrall’s absence on Sex and the City, says the latter will always be a part of us

Sarah Jessica Parker itching to hear fan theories about Kim Cattrall’s absence on Sex and the City, says the latter will always be a part of us

The Sex and the City reboot is officially underway at HBO Max and while all the original leads are returning for the series, Kim Cattrall will not be a part of the show. As soon as the news was made official, the internet lit up and speculations and theories about Kim’s absence started doing the rounds, so much so that Sarah Jessica Parker has cheekily joined in the discussion.

Shortly after the news broke of the reboot, journalist and author Taffy Brodesser-Akner asked her Twitter followers to share their ‘suggested plotline that explains Samantha’s absence’. He tweet sent the Twitterati in frenzy as they starting coming up with reasons for Kim’s absence and Sarah also joined in the fun. She wrote, “Pen and paper at ready. X’ which sent a few more netizens in shock.

Pen and paper at ready. X

RECOMMENDED READ: Gal Gadot defends her casting as Cleopatra against whitewashing charges; Sex and the City reboot in works at HBO Max minus Kim Cattrall

Sarah also wanted to respond to some of the plotlines, which included Samantha pursuing PR gigs or even killing her off. Responding to the netizens, Sarah wrote, “Exceeding all expectations. I am summoning discipline though desperate to suggest 'hot/cold.'"

Exceeding all expectations. I am summoning discipline though desperate to suggest "hot/cold" 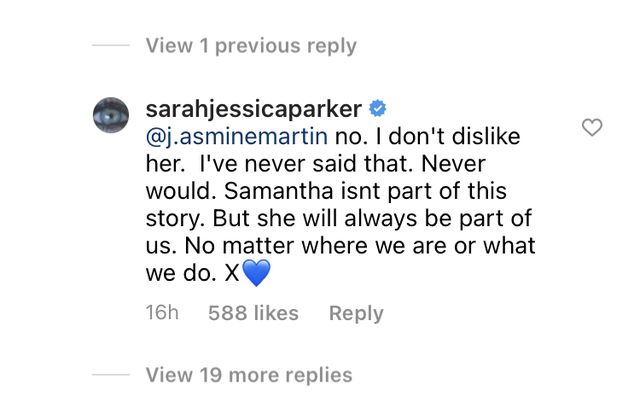 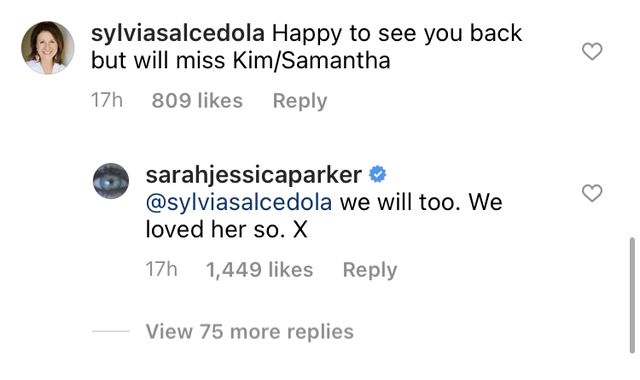 Kim had repeatedly denied reprising her role in Sex And The City. It is reported that Sarah and she have had a feud for years which came to a head in 2017-18. However, Sarah dismissed such speculations while responding to fans in her Instagram comments recently and said that Kim will always be a part of SATC and that they all loved her.