The Falcon and the Winter Soldier: Anthony Mackie’s Sam and Sebastian Stan’s Bucky unite in an action-packed MCU series with Captain America’s shield 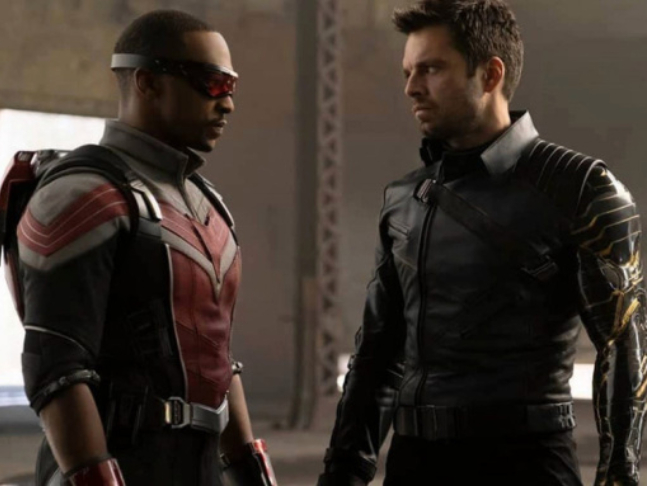 The Falcon and the Winter Soldier trailer is here and it’s breaking the internet. Disney and Marvel Studios dropped a full-length trailer for the next Marvel Cinematic Universe limited series during the 2021 Super Bowl. The series will premiere in less than six weeks on Disney+ and Disney+Hotstar. The six-episode series takes place after the events of Avengers: Endgame in which Steve Rogers aka Captain America has retired and passed on the shield to live a simple life in an alternate reality with his love, Peggy Carter. Sam Wilson (Falcon) has now taken up the Captain’s shield.

The action-packed trailer sets up villain Helmut Zemo's (Daniel Brühl) objective and gives another look at the secondary villain played by Erin Kellyman who is a member of anarchist anti-patriotic outfit Flag-Smashers. It also promises more tense moments between Bucky Barnes (Sebastian Stan) and Sam Wilson (Anthony Mackie), even few emotional ones as they are seemingly in ‘relationship therapy’ at the start of the trailer before we get a list of all their differences.

Are you ready? Watch the brand new trailer for Marvel Studios’ "The Falcon and The Winter Soldier" and start streaming the Original Series March 19 on @DisneyPlus. #FalconAndWinterSoldier pic.twitter.com/1gayqezFFD

Sam and Bucky also cross paths with former S.H.I.E.L.D. agent Sharon Carter (Emily VanCamp), who displays some serious action chops of her own and kicks ass deliciously. Bucky is shown going up against the masked Flag-Smashers and almost falls to his death. To rub it in, Sam says, “Hello girl kick your a**?” In one of the scenes we get to see Sam dressed in a formal suit in front of a banner bearing Chris Evans aka Captain America’s image, which has got fans emotional thinking it must be from his funeral. The trailer ends where it began with Sam and Bucky being called out by an exasperated doctor for engaging in a literal staring contest.

"The Falcon and The Winter Soldier," an Original Series from Marvel Studios, starts streaming March 19 on @DisneyPlus. #FalconAndWinterSoldier pic.twitter.com/ecMyYBF9Rk