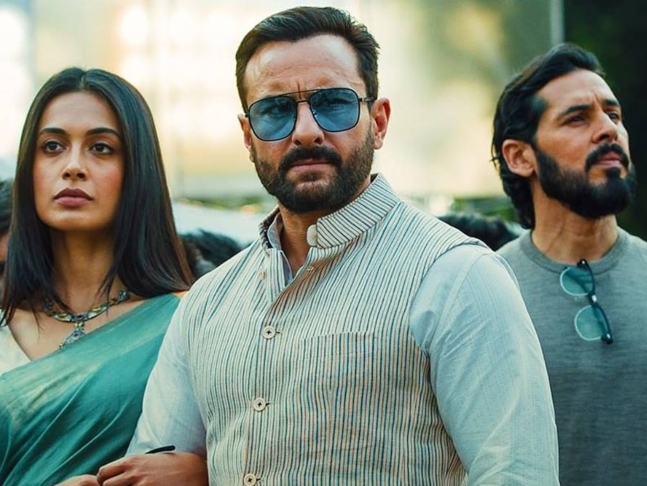 Saif Ali Khan's Tandav stirred a major controversy for allegedly hurting the sentiments of Hindus by mocking Gods in a scene featuring Mohd. Zeeshan Ayyub. As the Ali Abbas Zafar-directed web show is yet to get some relief, Amazon Prime Video's India Originals Head Aparna Purohit, on Tuesday, recorded her statement at the Hazratganj Police Station in connection with an FIR registered against her and others.

"Purohit got her statements recorded at the Hazratganj Police Station as per the court's direction. Some questions were asked and if need be she will be called again. The probe is on in the case related to the Tandav Web series," Deputy Commissioner of Police Somen Bara told a media agency.

In January, an FIR had been registered at Lucknow's Hazratganj Kotwali against Aparna, Ali, producer Himanshu Krishna Mehra, writer Gaurav Solanki and other actors for allegedly hurting religious sentiments. Not just this, BJP leader Ram Kadam filed a complaint at Mumbai's Ghatkopar Police Station while another leader wrote a letter to Union Minister Prakash Javadekar. The Supreme Court later refused to grant protection from arrest to Zeeshan and the makers of Tandav. The Supreme Court, however, allowed them to approach High Courts for relief.

Mr. Javadekar, in the wake of this, informed that the Information & Broadcasting Ministry will issue guidelines for OTT platforms.