Advertisement
HomeWEBCASTWhen I came to Bombay in 2004, I thought I will be making it big soon but it took almost 16 years: Pratik Gandhi

Star vs Food, a renowned celebrity-based cooking show that gave us culinary inspiration, will now feature the young and dynamic Pratik Gandhi in its forthcoming episode. The show in the last few weeks saw eminent personalities like Kareena Kapoor Khan, Karan Johar, Arjun Kapoor and Malaika Arora navigate top restaurant kitchens to whip up delectable food for their family and friends under expert’s supervision.

Under the guidance of Vidit Aren, Head Chef at Slink & Bardot, Pratik tries his hand at cooking the challenging yet robustly flavourful cold-roasted globe artichokes and portobello mushrooms to pleasingly surprise his wife and close friends. His wife being his biggest critic, Pratik strongly believes that this challenge will be a win if he satisfies her refined palate. Reminiscing days from during the lockdown when Pratik Gandhi attempted to break a leg in the kitchen, he said “During lockdown I had done enough disasters” to which his wife added, “couple of times he tried to make Rotis.. and then when he was doing it ... roti ek dum papad jaisi ho jati hai...” 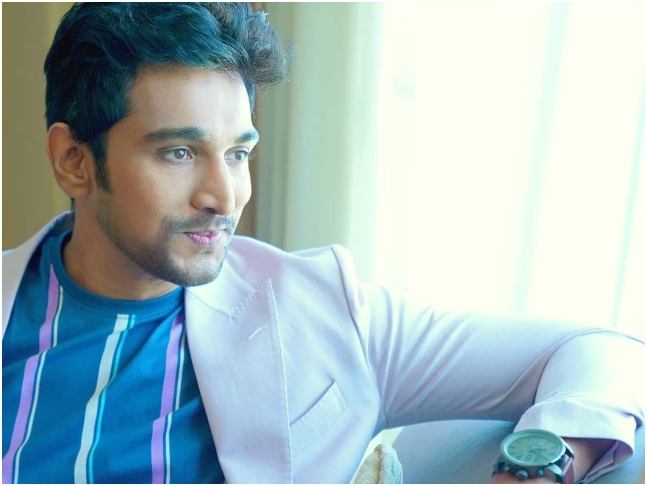 Recommended Read: Karan Johar talks about eating right for four years, says 'had my babies and I felt like I should really have a long life for them'

All geared to get involved in the extreme heat of the kitchen, he said, “I had heard this phrase where ‘if you can't take the heat... get out of the kitchen’ Now I understand where it is coming from ... so I think more than actor, my engineer side will work in the kitchen.” While preparing the rather challenging roasted artichokes, Chef Vidit engages Pratik in a conversation about his journey as an actor, to which Pratik very humbly said “When I came to Bombay in 2004, I had an engineering degree in my hand and some sort of theatre experience from my hometown, and I thought I will be making it big soon, but it took almost 16 years to reach this place.”

After going through rigid kitchen drills and yet not being able to satisfy the chefs standard, Pratik reflects on his achievement during the taste test “So, I think I have successfully completed this challenge and you can see how successful I was... with the fact that these guys are not even ready to believe that I cooked this. That itself says a lot. Thank you Star vs Food for putting me through this challenge. It taught me a lot, it gave me a lot and I truly believe that food is the one thing that unites all of us together. So, food, family and friends, that's the life.”

Of deceit, seduction and murder: Taapsee Pannu, Vikrant Massey and Harshvardhan Rane take us through 'The Ultimate Kaunspiracy' in Haseen Dillruba trailer