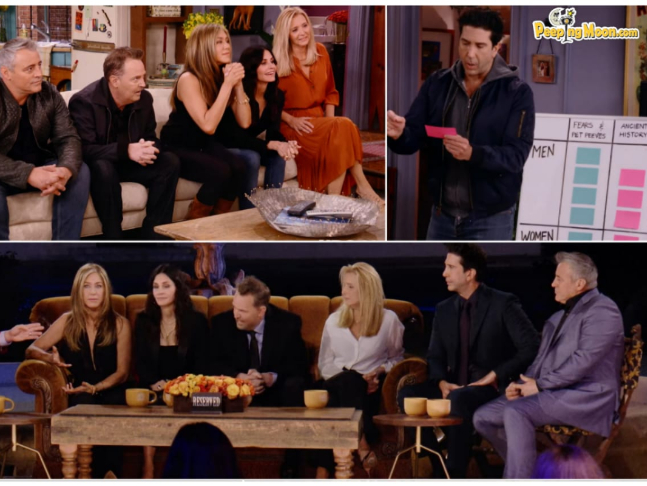 The moment so many of us were waiting for is finally here. HBO Max just unveiled the first full two-minute trailer with plenty of new footage from the eagerly anticipated FRIENDS: The Reunion special. The special has the original cast of Jennifer Aniston, Courteney Cox, Lisa Kudrow, Matt LeBlanc, Matthew Perry, and David Schwimmer returning to the comedy’s original soundstage, Stage 24, on the Warner Bros. Studio lot in Burbank in an unscripted episode.

The trailer shows the cast assembling on a recreation of their iconic set in Monica Geller’s apartment, playing the trivia game quizzed by David and sharing memories from their show. The casts and special guests reunite to discuss everything from their casting process to whether or not Ross and Rachel were really on a break. Witness the unbreakable bond of the group that perfectly captured the moment in life when your friends become your family.

The year is 2002, it’s Thursday night, and you rush home to catch the latest episode of Friends. Now get ready for it to happen all over again. Friends: The Reunion is streaming May 27 on HBO Max. #FriendsReunion pic.twitter.com/1ZrHq4HxSM