Advertisement
HomeWEBCASTZee5 to air FRIENDS: THE REUNION in India along with the world, time of broadcast out as fans send cheer

Zee5 to air FRIENDS: THE REUNION in India along with the world, time of broadcast out as fans send cheer 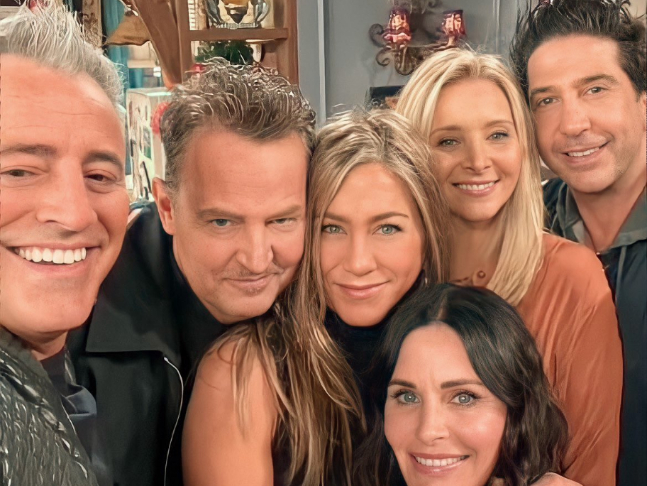 ZEE5, India’s largest home-grown video streaming platform recently announced that FRIENDS: THE REUNION will exclusively premiere on the platform. The news created immense excitement and anticipation in fans across India. The special will stream simultaneously with USA and the world on Thursday May 27 at 12:32pm.

Manish Kalra, Chief Business Officer, ZEE5 India said, “We received an overwhelming response from the audience after recently announcing that FRIENDS: THE REUNION special will stream exclusively on ZEE5 in India. We are proud to share that we will bring this event to India along with the world on May 27 at 12.32 pm! We expect high demand from users and would urge them to avail FRIENDS: THE REUNION Special unlimited viewing offer at least 12 hours in advance before the launch for a seamless experience. We are all geared up to make this a resounding success in India along with the rest of the world.”

The one where everyone finds out that #FriendsReunionOnZEE5 will be released along with the rest of the world!

Buy your ZEE5 premium subscription for Rs 499 to be able to watch #FriendsReunion, do it now to avoid the last-minute rush!https://t.co/6ajSQK8v3R pic.twitter.com/Y32EE1wFRQ

HBO Max will debut FRIENDS: THE REUNION special on Thursday, May 27 in the US, the one-year anniversary of HBO Max’s launch. “Friends” stars Jennifer Aniston, Courteney Cox, Lisa Kudrow, Matt LeBlanc, Matthew Perry, and David Schwimmer return to the iconic comedy’s original soundstage, Stage 24, on the Warner Bros. Studio lot in Burbank for a real-life unscripted celebration of the beloved show.

The year is 2002, it’s Thursday night, and you rush home to catch the latest episode of Friends. Now get ready for it to happen all over again. Friends: The Reunion is streaming May 27 on HBO Max. #FriendsReunion pic.twitter.com/1ZrHq4HxSM