Advertisement
HomeWEBCASTJennifer Aniston names ex-hubby Brad Pitt as one of her favourite ‘Friends’ guest stars, says ‘he was wonderful and fantastic’

Jennifer Aniston names ex-hubby Brad Pitt as one of her favourite ‘Friends’ guest stars, says ‘he was wonderful and fantastic’ 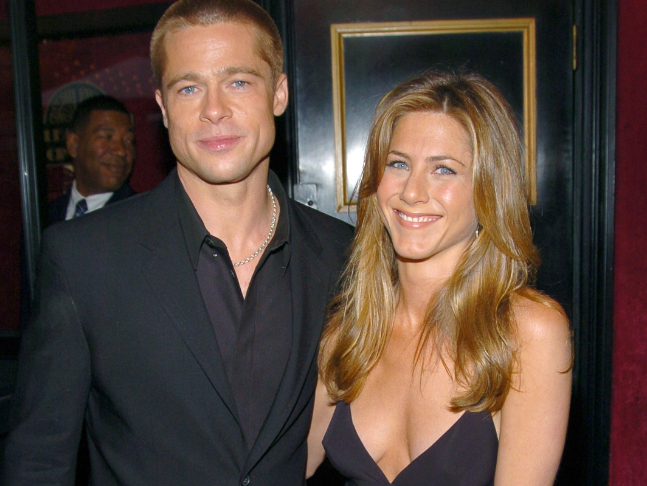 FRIENDS: The Reunion episode will stream in a few hours on HBO Max tomorrow and with the upcoming special episode, excitement is rife about the popular sitcom. Other than the lead star cast of David Schwimmer, Jennifer Aniston, Lisa Kudrow, Courteney Cox, Matthew Perry and Matt LeBlanc, the series also featured a bevy of A-list actors who came in for guest appearances.

In a recent interview ahead of shooting the special, Jennifer just named her ex-husband Brad Pitt as one of her favourite Friends guest stars and fans are totally freaking about it. During an interview, Jennifer with her co-stars Courteney Cox and Lisa Kudrow were asked about their favourite guest stars over the years. They named Paul Rudd, Tom Selleck, Reese Witherspoon, Ben Stiller and several others. However, Jennifer chimed in and said, “Mr. Pitt was wonderful, (he was) fantastic.”

(Jennifer Aniston and Brad Pitt in a still from Friends)

RECOMMENDED READ: Did the FRIENDS cast ever dated in real life? Matthew Perry and David Schwimmer come clean with the secret

Brad made an appearance during a Thanksgiving episode where he appeared to hate Jennifer’s character of Rachel Green and was president and co-founder of the ‘I Hate Rachel Green Club’ with David’s Ross Geller. Brad had a cameo on the Season 8 episode, 'The One with the Rumor'. He portrayed Will Colbert in the annual Thanksgiving episode.The episode is one of the most loved ones from the show. Interestingly, Jennifer and Brad was a married couple back then. Jennifer and Brad were married for five years and split in January 2005.

FRIENDS: THE REUNION will stream on HBO Max in the US and will air simultaneously on Zee5 in India at 12.32 pm on May 27.