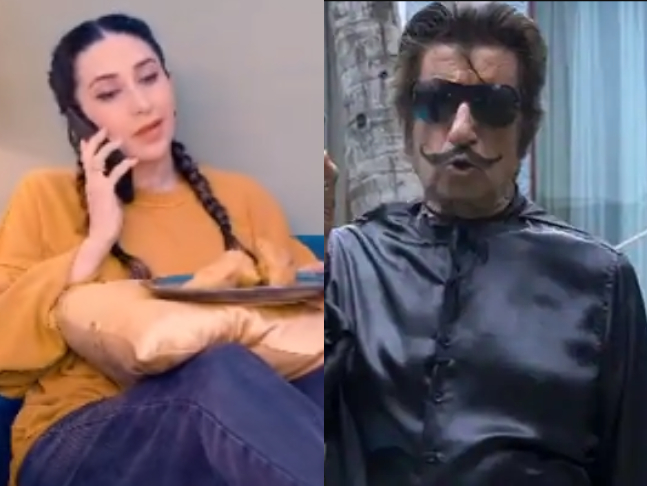 Aaaooo Crime-Master Gogo is back! After looting his daughter Shraddha Kapoor's nail polish his next target is Karisma Kapoor as steals a plate of lip-smacking Samosas. Wonder what he is going to take next? Kyun ki Gogo Ab jab aaye hai, toh kuch toh lekar jaayenge.

RECOMMENDED READ: Karisma Kapoor steps in Shilpa Shetty’s shoes as a guest judge on ‘Super Dancer Chapter 4’, shakes a leg with the contestants on her special episode

Talking about Crime Master Gogo coming back, Karishma says, "Crime Master Gogo is a character that absolutely gets ribs tickling with joy instantly even till date being a part of the cult movie Andaz Apna Apna, which has received so much love over the years. Shakti Kapoor who aced this character fabulously and hence this iconic character is still remembered. It was instantly nostalgic for me and brought back so many fun memories. Viewers are definitely in for a fun surprise as they find out is baar agar Crime Master Gogo ayega toh kya aur kyun leke jayega.”