Advertisement
HomeWEBCASTChhatrasal trailer: Jitin Gulati and Ashutosh Rana battle it out in the web series that revisits the rebellion of Bundelas against the tyrannical rule of Aurangzeb

We love revisiting India’s glorious past, traversing through timeless stories of heroism, honour and righteousness. Celebrating one such epic tale, MX Player brings the story of a courageous ruler, King Chhatrasal, who waged a war against Emperor Aurangzeb and the burgeoning Mughal Empire to free his kingdom, Bundelkhand.

Chhatrasal is a first of its kind historical drama based on the life of the unsung warrior King Chhatrasal of Bundelkhand. Rooted in the 16th – 17th century, this epic saga takes us back in time to relive the diabolical rule of Aurangzeb, who obsesses over ruling all of India and follows the life of a brave heart who stood up to his tyranny and challenged his rule.

Even as a child, Chhatrasal knew that he wanted to free his land from the Mughals. As he grew older, the spirit to avenge his parents’ death was still aflame and his determination grew stronger to fight the Mughals and get independence for India. A tale of valour, revenge, and devotion - the trailer of Chhatrasal is out now and the show goes live on MX Player on 29th July. Neena Gupta dons the role of a narrator for this period drama while Jitin Gulati will be seen essaying the titular role of King Chhatrasal, with acclaimed actor Ashutosh Rana playing the formidable Aurangzeb. 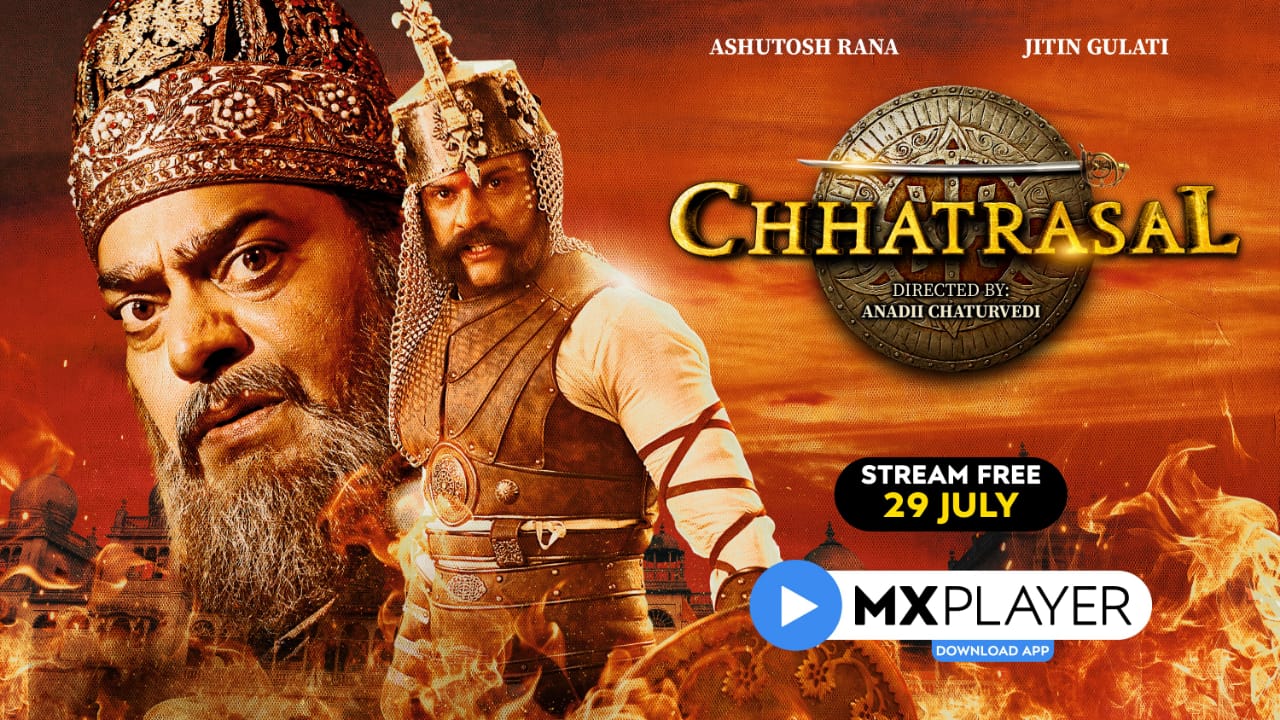 Speaking about the role, Jitin Gulati said, “It is an honour to be playing the role of such a significant historical figure. Some stories deserve to be told and this is one of them. Chhatrasal was a hero from medieval India, who was the flag bearer of the fight for independence at a time when no one dared to defy the Mughal Empire and its large army.  It is through stories like this that our rich history and heritage prevails; I hope viewers are inspired by the tale of this unsung warrior.”

Elaborating on the same, Ashutosh Rana said, “Aurangzeb is one of the most feared & powerful emperors in history. While I have played negative characters in the past, to play a character like this was daunting, but at the same time, it allowed me to explore a different genre of acting. I hope that the audiences relive the bravery of Maharaja Chhatrasal with this web series.”

The show is directed by Anadii Chaturvedi and will additionally see Vaibhavi Shandilya, Manish Wadhwa, Anushka Luhar, Rudra Soni in pivotal roles. The series will release on July 29, 2021.