Advertisement
HomeWEBCASTDirector Abhishek Dudhaiya reveals it rained in Mandvi after 4 years while the team was shooting for 'Bhuj: The Pride of India , says 'the villagers thanked Ajay Devgn for bringing luck'

Director Abhishek Dudhaiya reveals it rained in Mandvi after 4 years while the team was shooting for 'Bhuj: The Pride of India , says 'the villagers thanked Ajay Devgn for bringing luck'

This Independence Day weekend, celebrate India in all her glory, and revel in patriotism as Ajay Devgn's Bhuj: The Pride of India is all set to release on Disney+ Hotstar VIP on August 13. Inspired by the story of real heroes, the movie is a timely reminder of the immense bravery shown by not just the armed forces, but also the ordinary women who helped win a war. Mounted on an epic scale, with a high production value, spectacular action visuals, and more, the much-awaited movie is all set to release on 13th August 2021 for all subscribers of Disney Hotstar VIP and Disney+ Hotstar Premium under the Disney+ Hotstar Multiplex banner. The war film directed by Abhishek Dudhaiya also stars Sanjay Dutt, Sonakshi Sinha, Sharad Kelkar, Nora Fatehi, Ammy Virk and Pranitha Subhash.

The film has extensively shot in various parts of Gujarat and shot a few critical scenes from the film at the Mandvi Airport during monsoon. Since the place had not witnessed monsoon in four years, the team ensured shoots would happen without any hiccups. However, as luck would have it; after a few days, it started pouring down heavily. So much so that Ajay Devgn and the entire team could not even leave their villas for anything. While the shoot had to be paused, the entire village was thankful for the leading star Ajay Devgn and the entire unit. The villagers expressed that the movie Bhuj: The Pride of India had brought luck to their land. 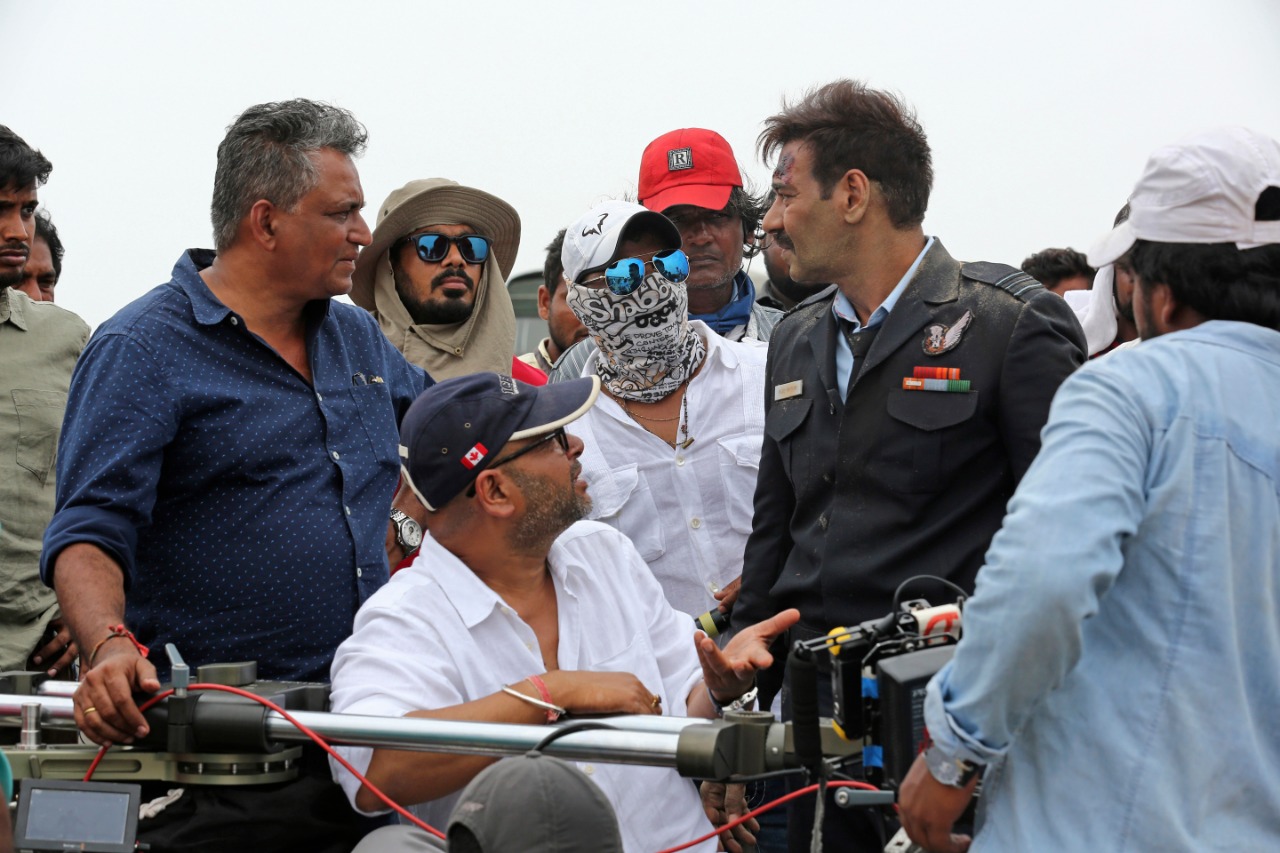 Talking about shooting at Mandvi Airport director Abhishek Dudhaiya shared, "We locked Mandvi Airport for the shoot. The location was perfect for the film and since we were shooting in monsoon, we had been informed that there has been less to no rain in Mandvi for four years. After shooting for a few days, there was a massive downpour and we had to immediately stop shooting for a few days. When we started shooting again, the villagers came on set to thank Ajay sir and all of us as they thought we brought luck to the land."

A Select Media Holdings LLP Production. Presented by T series and Ajay Devgn Ffilms, Bhuj: The Pride of India is produced by Bhushan Kumar, Kumar Mangat Pathak, Ginny Khanuja, Vajir Singh, and Bunny Sanghavi. The film has been written by Abhishek Dudhaiya, Raman Kumar, Ritesh Shah, and Pooja Bhavoria. Directed by Abhishek Dudhaiya, it is all set to release on August 13, 2021 only for all subscribers of Disney+ Hotstar.