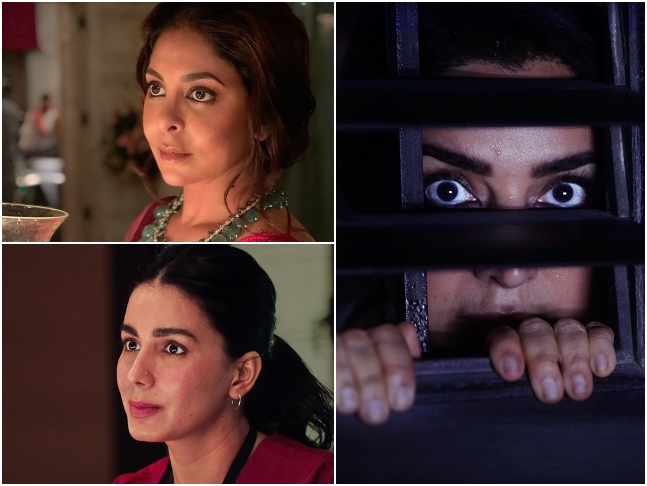 Disney+Hotstar announced its new slate of projects. From films to web shows, the OTT giant promises to keep the audience engaged for the rest of the year. After the announcement, celebrities shared their looks from the projects on social media. Take a look

Shefali Shah and Kirti Kulhari are starring in Vipul Amrutlal Shah's medical thriller, Human. The web show directed by Mozez Singh is an emotional drama that highlights the underbelly of human drug testing and the world of medical scams.

Shefali, who plays the role of Dr. Gauri Nath, shared her look from Human on social media. She wrote, "Dr. Gauri Nath. Unlike anyone else. The fulcrum between Human and Humanity.#Human, coming soon on Disney + Hotstar. @disneyplushotstarvip."

Kirti introduced herself as Saira Sabharwal. Her caption read: "Everything can break loose with my decision! What will Saira Sabharwal choose? To find out watch #Human, coming soon on Disney+Hotstar."

Tisca Chopra will be starring in Fear 1.0. The actress introduced herself as Avni and shared a picture from the set of the upcoming Disney+ Hotstar show. In the picture, Tisca seems to be hiding something and looks through the window.

Her caption read: "Will #Avni revolutionise this sleepy town or will digging up the past lead to dangerous consequences? Face your Fear .. out soon on Disney+Hotstar @disneyplushotstarvip #streamingsoon #newseries #comingsoon.”

Fear 1.0 is on the shooting floors now in the suburbs of Mumbai and will be ready for release soon.