The line between real and reel-life was often blurred between Ankita Lokhande and late Sushant Singh Rajput's characters 'Archana' and 'Manav' when the TV series Pavitra Rishta started airing in 2009. The show went off air in 2014 and leading man Sushant shockingly passed away last year on June 14. As the new season of the show Pavitra Rishta 2.0 is all set to release, Ankita, the actress, ex-girlfriend and co-actor of Sushant, says that no one can replace him on the show. Shaheer Sheikh will be seen playing the role of Manav in the 2nd part.

“For me, nobody can replace Sushant on the show because he created Manav. Hiten [Tejwani] stepped in later and gave his [own interpretation] to the role. Similarly, Shaheer has created his own [rendition]. People have seen Sushant and me [as the original pair], but we are actors who create chemistry with our co-stars.” 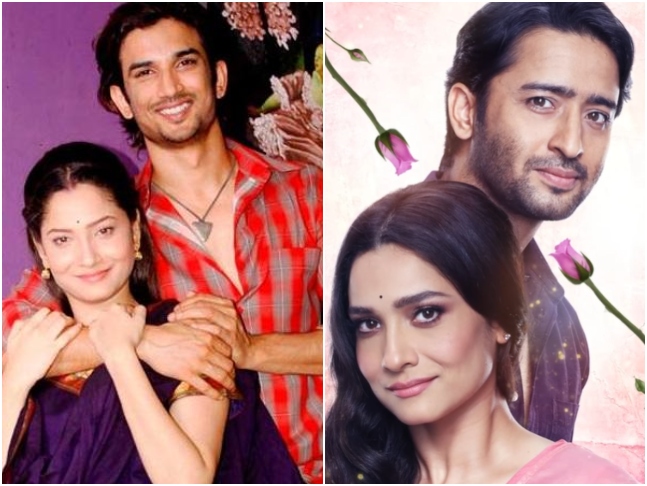 Recommended Read: He was there everywhere: Ankita Lokhande says she was reminded of Sushant Singh Rajput after seeing Shaheer Sheikh on the sets of 'Pavitra Rishta 2.0'

“When I listened to the title song, Aasman Mein Jab Tak Sitare Rahenge, it pinched me hard. There are a lot of memories [attached to] the song. I got goosebumps and started crying because I have lived the character of Archana for 12 years,” said Ankita. On Shaheer stepping into the shoes of Sushant as Manav, Ankita said, “I wanted Shaheer to play the role. I have seen his work; he has the [required] innocence in his eyes. He can convey a lot without uttering a word.”

When the show was announced with Shaheer in the lead, SSR fans were hurt and soon, #BoycottPavitraRishta2 started trending on social media. Ankita tried to understand their intent behind the action as she said, “Everyone has [strong] emotions attached to Sushant, and is a true fan. It’s their thought process, and I am no one to comment on it. They are in so much pain. But they have to understand that the show is also my baby, and I am not taking advantage of anybody. I am recreating something that was beautiful. The show’s legacy should go on.”