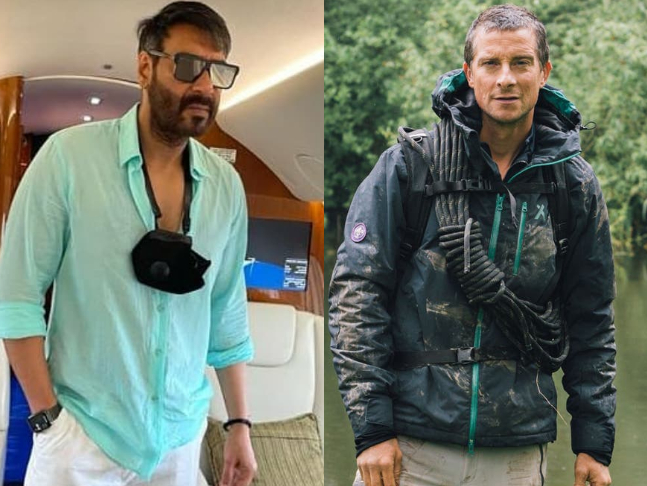 Bear Grylls’ adventure series Into The Wild With Bear Grylls, aired on Discovery Plus  and Discovery Channel is one of the most popular adventure-based reality show across the globe. After getting Prime Minister Narendra Modi, Rajinikanth and Akshay Kumar, Bear has now got Ajay Devgn as his accomplice on the show and the episode’s promo was released today.

The official handle of Discvery Plus shared the promo with the caption, “Surviving the wild is 'bear'y tough. So when the lion of #Bollywood @ajaydevgn takes on the ultimate survival challenge, will he be able to make it out fine? Find out on 'Into The Wild With Bear Grylls'. #discoveryplus #ComingSoon #beargrylls #ajaydevgn #IntoTheWild.”

RECOMMENDED READ: After Rajinikanth and Akshay Kumar, Ajay Devgn to go 'Into The Wild With Bear Grylls'

The episode has been shot in Maldives and we would probably get to see Ajay and Bear scuba diving and testing their survival skills in the wild locations of the island country.