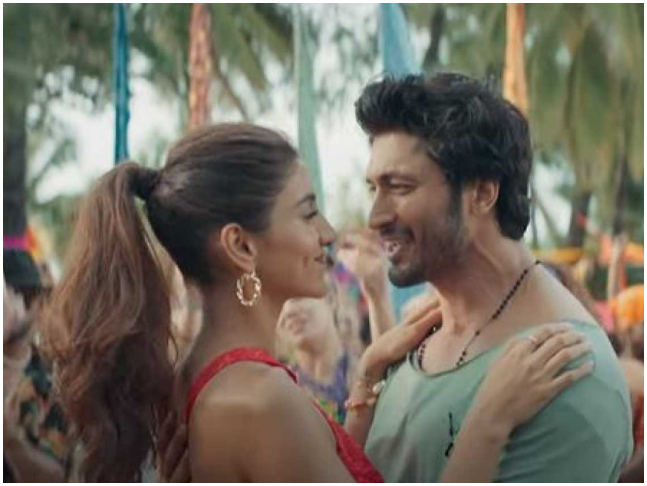 After launching the action-packed trailer of the highly-anticipated hostage drama, Sanak – Hope Under Siege, the makers have unveiled the first romantic track O Yaara Dil Lagana from the movie featuring Vidyut Jammwal and Rukmini Maitra. O Yaara Dil Lagana is going to be a visual treat for all the music buffs, especially the one who likes listening to 90’s songs, as it’s a reprised version of the original song from the movie Agnisakshi (1996) featuring Jackie Shroff, Manisha Koirala and Nana Patekar.

The new version of O Yaara Dil Lagana from Sanak has been shot at the cool backdrop of a club featuring Vidyut and Rukmini as they beautifully express their love for each other. While the original song was composed by the legendary musical duo Nadeem-Shravan, the new version has been created by Chirantan Bhatt. Sung by Stebin Ben and Deeksha Toor, the song has lyrics by Manoj Yadav and the original song lyricist Sameer Anjaan.

Introducing a first-of-its-kind hostage drama in Hindi cinema, Vipul Amrutlal Shah, Disney+ Hotstar Multiplex and Zee Studios Sanak – Hope Under Siege hopes to change the game in the action-entertainment space as this intriguing story unfolds in a hospital under siege. The action-packed trailer featuring one of the biggest action stars of the world, Vidyut Jammwal, Bengali superstar Rukmini Maitra (making her big Bollywood debut), Chandan Roy Sanyal and Neha Dhupia, has been appreciated by the viewers, critics and industry alike, as they can’t stop raving about the never-seen-before action sequences of the hostage drama.

Starring Vidyut Jammwal, Chandan Roy Sanyal, Neha Dhupia and Rukmini Maitra (who is making her Bollywood debut), Sanak - Hope Under Siege is presented by Zee Studios in association with Sunshine Pictures Pvt Ltd and will be streaming from 15th October only on Disney+ Hotstar Multiplex. It is a Vipul Amrutlal Shah production, directed by Kanishk Varma.