Get set to watch your favorite celebrities try their hand at comedy for the very first time as Amazon Prime Video today released the intriguing posters of its upcoming original One Mic Stand Season 2. After the resounding success of season 1, the Amazon Original One Mic Stand returns with a second season with double the fun, laughter and big-name celebrities. With fans eagerly awaiting the laughter that’s coming their way, the streaming service raises the excitement level among the fans by revealing the posters featuring popular celebrities such as producer-director Karan Johar, actor Sunny Leone, writer Chetan Bhagat, journalist Faye Dsouza and singer-rapper Raftaar who look to leave the audience in splits as they be their sassy, quirky and witty best.

Hosted by ace comedian Sapan Verma, One Mic Stand is an interesting and unique show where celebrities, from different walks of life, perform stand-up comedy for the very first time. Every celebrity is assigned a stand-up comedian who will mentor them to perform the standup act. The upcoming season will feature talented comedians like Abish Mathew, Atul Khatri, Samay Raina, Sumukhi Suresh and Neeti Palta who will mentor Chetan Bhagat, Faye D’Souza, Raftaar, Karan Johar and Sunny Leone respectively. 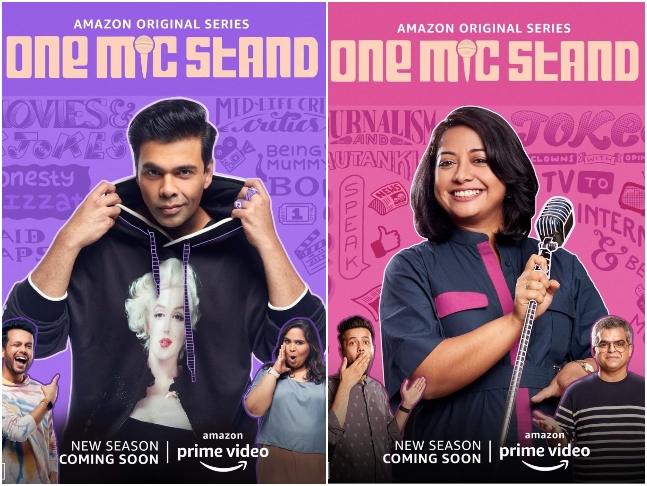 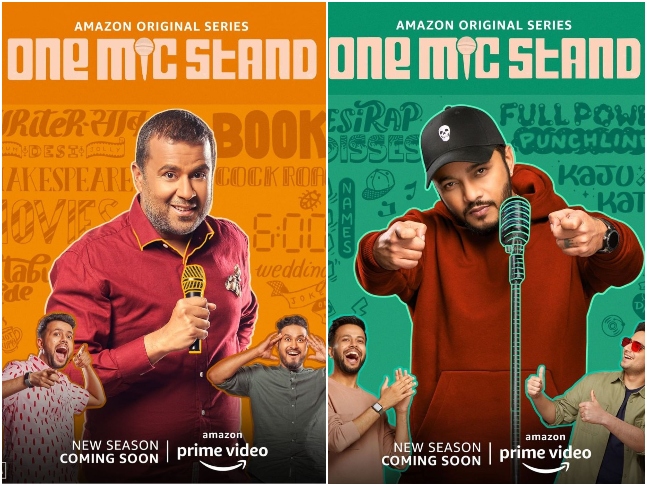 Recommended Read: Ajay Devgn embarks on a survival experience that begins in a sea dominated by sharks in 'Into The Wild With Bear Grylls' trailer

Season 1 saw the likes of Bhuvan Bam, Vishal Dadlani, Taapsee Pannu, Richa Chadha and politician Dr. Shashi Tharoor as celebrities together to attempt Stand-Up Comedy for the first time ever. With such interesting posters out for the second season, we can’t contain our excitement and one can definitely expect a great show with a whole lot of fun and laughter coming their way.

One Mic Stand returns with a new season where celebrities from different walks of life give stand-up comedy their first shot. Every celeb is assigned a mentor who is also a stand-up comedian to help them with their exciting OMS journey. Following the success of its first season, this time, we have some of the biggest and unexpected celebrity guests taking the OMS stage. The show is hosted by Sapan Verma who brings mentors and mentees together to make the magic happen. We see all of them come together for a new and fresh take on comedy. While at it, each celeb brings a bit of his profession to teach their comic mentors something new.

'Comedy is one of the most loved genres, so when I got a call to do One Mic Stand 2, I had to say yes,' says Karan Johar

Dybbuk trailer: Emraan Hashmi's and Nikita Dutta's horror film will send a shiver down your spine

Breathe Into The Shadows: Abhishek Bachchan and Amit Sadh gear up for a face-off in the new season; Naveen Kasturia joins the cast