Daniel Radcliffe to play the role of ‘Weird Al’ Yankovic in the musician’s biopic titled Weird: The Al Yankovic Story

Daniel Radcliffe is set to star as Grammy-winning musician 'Weird Al' Yankovic in the Roku original movie Weird: The Al Yankovic Story. The film is Roku's first original biopic and will be available to stream exclusively on The Roku Channel. The project is produced by Funny Or Die and Tango. Yankovic co-wrote the film's script with Eric Appel, who is also set to direct the project, reports variety.com.

The official Weird: The Al Yankovic Story synopsis from Roku reads, "The biopic holds nothing back, exploring every facet of Yankovic's life, from his meteoric rise to fame with early hits like 'Eat It' and 'Like a Surgeon' to his torrid celebrity love affairs and famously depraved lifestyle. Weird: The Al Yankovic Story takes audiences on a truly unbelievable journey through Yankovic's life and career, from gifted child prodigy to the greatest musical legend of all time." 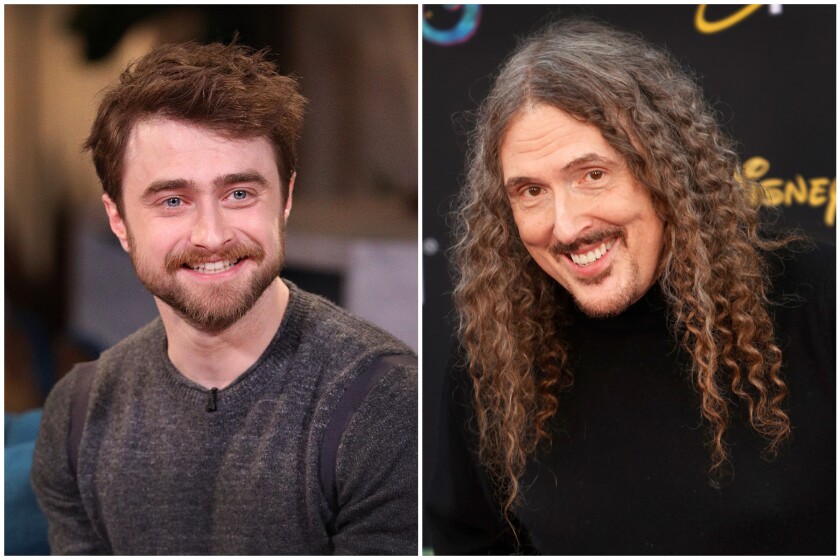 "When my last movie UHF came out in 1989, I made a solemn vow to my fans that I would release a major motion picture every 33 years, like clockwork. I'm very happy to say we're on schedule. And I am absolutely thrilled that Daniel Radcliffe will be portraying me in the film. I have no doubt whatsoever that this is the role future generations will remember him for," said Yankovic in a statement.

Colin Davis, Roku's Head of Original Scripted Programming, added: "There clearly aren't enough biopic movies about famous musicians and we were excited to shine a light on the incredibly true, unexaggerated story of Weird Al. This is sincerely the ultimate combination of talent, creativity, and friends, coming together to make something genuinely funny and we could not be prouder to call this film a Roku Original."

"Weird Al" Yankovic is the biggest-selling comedy recording artist of all time and a five-time Grammy winner. The musician's 2014 release Mandatory Fun was the first comedy album in history to debut at number one on Billboard's Top 200 chart.

Production on the biopic begins in Los Angeles in early February.

Obi-Wan Kenobi: Ewan Mcgregor says ‘it was like some sort of time warp’ about reuniting with Hayden Christensen after 17 years; director Deborah Chow compares the origin series to Joker and Logan

The Terminal List teaser trailer: Chris Pratt and Constance Wu are on the quest to uncover an unpleasant truth about a high-stakes covert mission

Only Murders In the Building Season 2 teaser: Steve Martin, Martin Short and Selena Gomez are back in their rib-tickling avatar trying to unmask the killer in this comic murder mystery