Jalsa trailer: Vidya Balan and Shefali Shah promise to keep you riveted with their investigative thriller 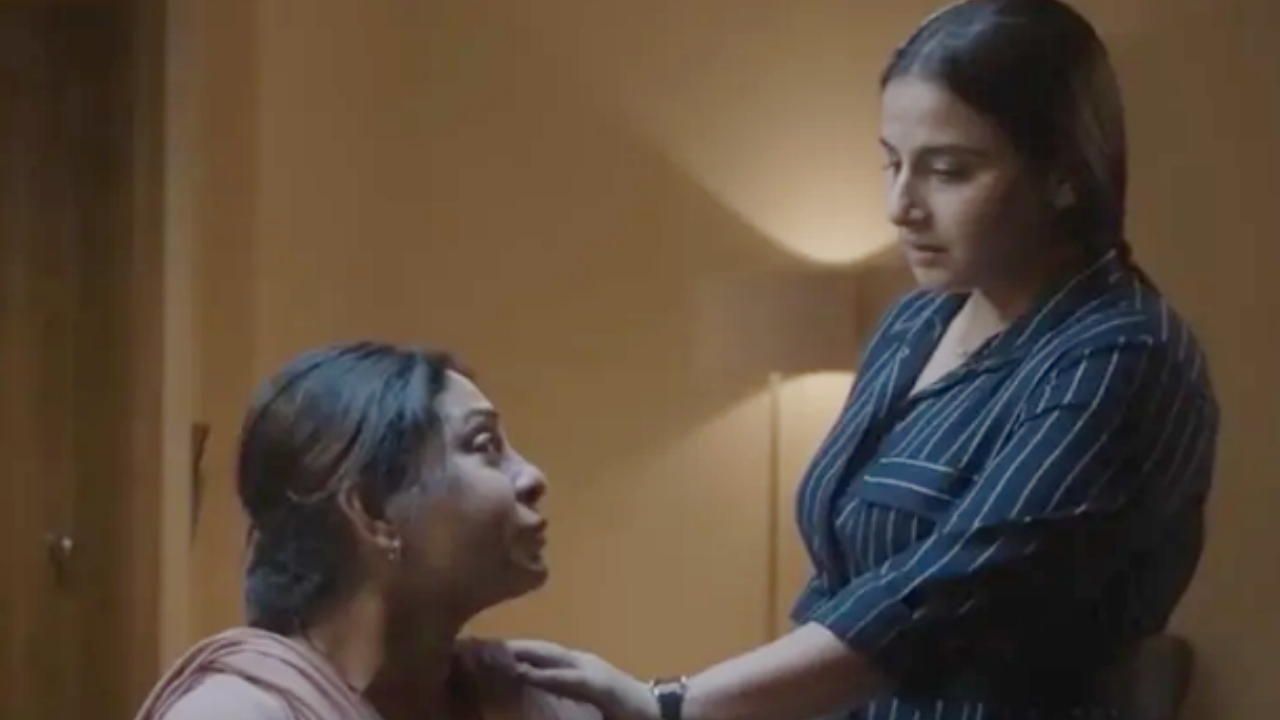 In what looks like a captivating chronicle of thrill and vengeance, Prime Video today unveiled the trailer of its upcoming drama-thriller Jalsa. Headlined by the stellar combination of two of the finest actors of our times, Vidya Balan and Shefali Shah, the film reflects on a gripping story of human emotions. Directed by Suresh Triveni, Jalsa is produced by Bhushan Kumar, Krishnan Kumar, Vikram Malhotra, Shikhaa Sharma and Suresh Triveni. The film also stars an amazing ensemble of actors like Manav Kaul, Rohini Hattangadi, Iqbal Khan, Vidhatri Bandi, Shrikant Mohan Yadav and the young Surya Kasibhatla and Shafeen Patel. Amazon Original Movie Jalsa is all set to premiere on Prime Video on 18th March in India and across 240 countries and territories.

RECOMMENDED READ: Jalsa Teaser: Vidya Balan and Shefali Shah give viewers a sneak peek into this captivating tale of conflict

Jalsa’s gripping trailer introduces us to the two lead characters – Maya (Vidya Balan) and Rukshana (Shefali Shah), a world with chaos around them, secrets and lies, truths and deceit and a life-altering incident that ruffles the world around them. What follows is a duel of redemption and retribution. Backed with a riveting narrative, Jalsa thrives on stupendous performances and engaging storytelling that promise to leave you awed and spellbound.

“Jalsa is a drama peppered with the right amount of thrill. The film attempts to deliver a compelling story of secrets, truths, ironies laced with powerful, emotionally complex performances by Vidya and Shefali and the rest of the ensemble” Director Suresh Triveni shared, “My attempt is to make a film that is engaging and connects with a wider audience. I am thankful to my producers, T-Series and Vikram Malhotra from Abundantia who believed in my vision as well as Prime Video for enabling us to take Jalsa to a global audience and I hope the film manages to connect with them.”

“With every film I do, my attempt is to tell a new story and be a different person from the characters I’ve played so far, and Jalsa ticked those boxes.” said Vidya Balan who plays Maya Menon, a journalist in the film. “Jalsa gave me the opportunity to delve into the gray and it’s been a very challenging, enriching, and fulfilling experience for me as an actor. Also teaming up with Suresh again on a film that is poles apart from our previous project - Tumhari Sulu, was so exciting. This is the third time that I’ve worked with Abundantia Entertainment and with Amazon Prime Video and I have to say the experience has been exceptional, as it was with the first two films. Needless to say, I cannot wait for people to watch Jalsa on Amazon Prime Video when it drops on the 18 March. And working with a bunch of wonderful actors, particularly Shefali Shah has been a highlight for me.”

“There are certain stories, you can't not be a part of, Jalsa was one such experience for me.” Actor extraordinaire Shefali Shah said. “Unlike my recent portrayals, my role as Rukshana in Jalsa is a complete contrast. However, the vulnerabilities and dilemmas that of a mother are like any other and living through them has been really fulfilling as an artist. It feels great to know that our hard work shall reach such a huge number of viewers at once and I am sure Jalsa will resonate with them."

Jalsa marks the third collaboration between Abundantia Entertainment, Vidya Balan and Prime Video, Jalsa is also a step ahead in the longstanding association between Prime Video and Abundantia Entertainment on the back of a celebrated content slate including Shakuntala Devi, Sherni, Chhorii, Ram Setu, multiple seasons of the hugely popular Amazon Original Series Breathe. Suresh Triveni has earlier collaborated with Vidya Balan for the audience favourite, Tumhari Sulu and the duo is now coming together for their second feature. And for the first time, two power performers – Vidya Balan and Shefali Shah will be seen sharing the screen. Jalsa will have a global premiere on Amazon Prime Video on 18th March in India and across 240 countries and territories worldwide.